After nearly 20 years, former teen popstar Debbie Deborah Gibson is still stuck at her 1988 Long Island prom! Sadly, this taffeta catastrophe isn't only in her dreams!

With her "Electric Youth" on the fritz, the 36-year-old arrived at a Foundation for Facial Reconstruction charity event in New York on Monday draped in a coral sheath -- which appears to have been acquired at a "Dancing with the Stars" rummage sale.

This, little Debbie, was a "Foolish Beat!" 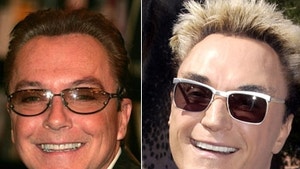