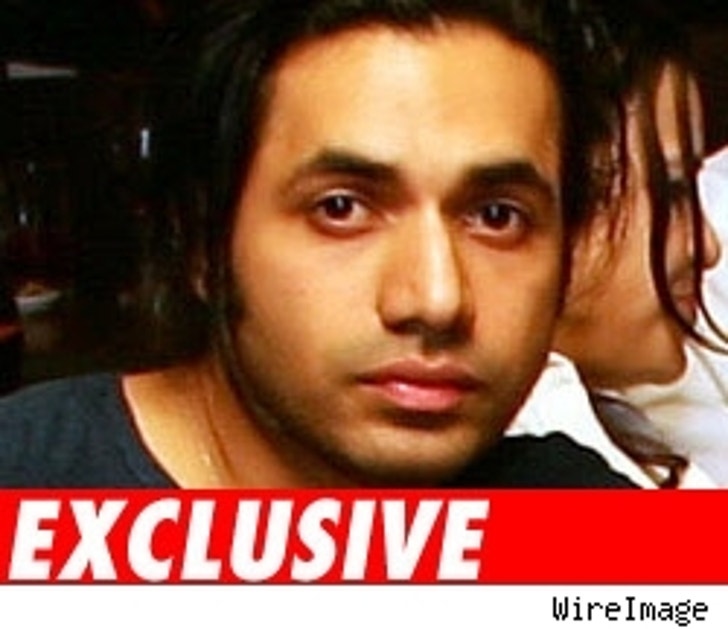 TMZ has learned that Anand Jon Alexander, the celebrity designer accused of raping two people, had been previously arrested and charged with committing a lewd act on a child back in 2003.

According to court documents, Anand Jon, who has been featured on MTV and is known to hang out with Paris Hilton, Paula Abdul and Michelle Rodriguez, pled no contest to the lesser charge of misdemeanor disorderly conduct. His probation required him to complete 52 weeks of sex therapy. He was also ordered "not associate with any child under the age of 18 years without a responsible adult present."

Jon completed his probation requirements in 2005.

Anand Jon is currently facing multiple felony counts of rape and sexual assault between October of 2004 and March 5, 2007, involving three alleged victims, the youngest a 15-year-old girl. So, according to cops, while Jon was completing his probation, he was allegedly also committing rape. Incidentally, in 2006, after Jon completed his probation, the disorderly conduct conviction was removed from his record.

Jon's attorney, Ronald Richards, tells TMZ, "My predecessor counsel [previous lawyer] did an excellent job of exposing the overcharged complaint and by doing so resolved the case for a low grade non priorable, non-registerable, non-admissible plea of no contest, which was expunged and set aside by the court we are in now. At no time did the DA's office or the police ever disclose to the court any violations of any law during his three-year summary informal probation, which includes the 2004 incident to which he has now been charged for."