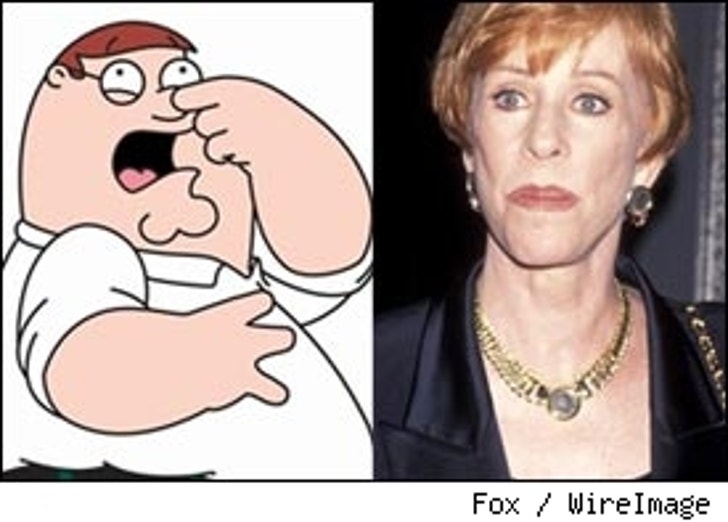 Comedian Carol Burnett is suing the FOX comedy "Family Guy" for using one of Burnett's signature characters and an altered version of her theme music without permission.

In a lawsuit filed in federal court yesterday, Burnett alleges that FOX requested permission to use "Carol's Theme" -- the theme music from "The Carol Burnett Show" -- in an episode of "Family Guy." When permission was denied, the lawsuit claims that FOX then went back and had the show rewritten to "disparage Ms. Burnett using Ms. Burnett's signature ear tug."

Later in the scene, one character makes fun of Burnett's signature ear tug by saying, "She was really saying goodnight to her mom." To which another replies, "I wonder what she tugged to say goodnight to her dad." In fact, Burnett's ear tug was actually a hello to her grandmother.

Burnett claims this was all done without her permission or consent and is seeking in excess of $6 million in damages.

A statement from FOX reads: "'Family Guy,' like the 'Carol Burnett Show,' is famous for its pop culture parodies and satirical jabs at celebrities. We are surprised that Ms. Burnett, who has made a career of spoofing others on television, would go so far as to sue 'Family Guy' for a simple bit of comedy."