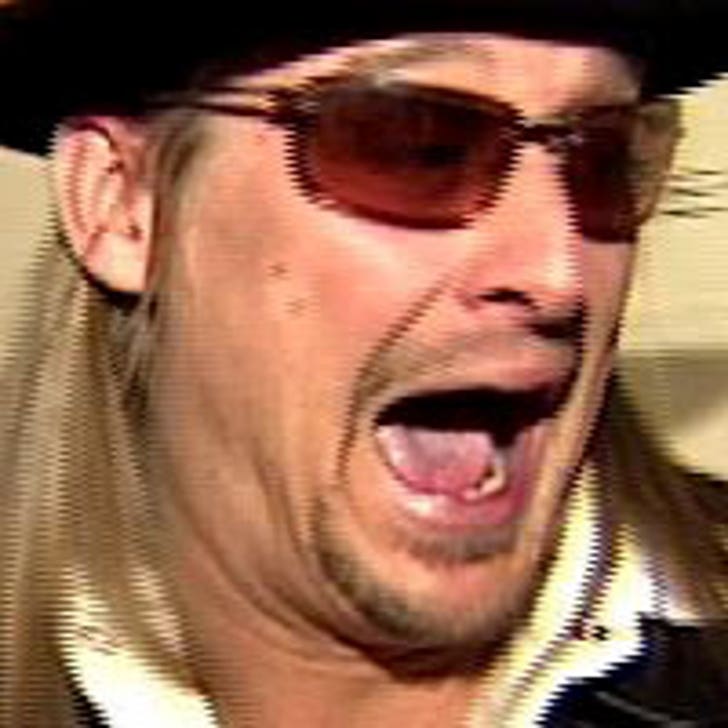 Police in Michigan are investigating the claim of a woman who says that Kid Rock pushed her when she was a guest at his home last week.

According to an Oakland County, Mich. Sheriff's report, as reported by the Detroit News, Rock invited a man and a woman over to his house in suburban Detroit on March 8, after meeting them at a local bar. At some point during the visit, the woman allegedly became "rude and obnoxious," at which point, according to the woman herself, Kid became verbally abusive, swore at her, grabbed her neck, and pushed her into a snowbank.

Rock -- whose real name is Robert Ritchie -- denies the allegation through his attorney: "We will be pursuing litigation against this woman as soon as we determine her identity. [Rock] made an error in judgement ... There was no assault, there was no altercation." The statement, as the Detroit News reports, also suggests that the woman has been stalking Rock for "over a year."

No one has been arrested, and an undersheriff says that the matter has been referred to the Prosecutor's Office.