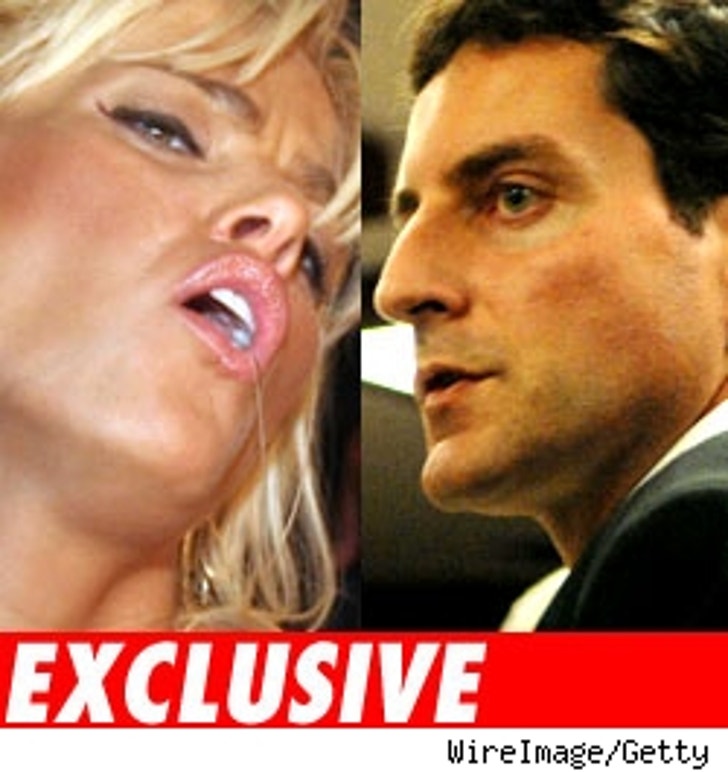 Howard K. Stern might have to start spending Anna Nicole Smith's money a lot sooner than he thought.

TMZ has learned that a corporation started by Anna Nicole Smith and handled by Howard K. Stern -- owes more than $30,000 in back taxes and has been officially suspended by the Franchise Tax Board from doing business.

According to records from the California Secretary of State, Hot Smoochie Lips Inc. never filed a tax return with the State of California in 2004, and owes a total of $28,945 in corporate taxes! Howard K. Stern is listed as the company's "registered agent." Anna was listed as the president. But that's not all ...

The Los Angeles County Tax Collecter claims that Hot Smoochie Lips Inc. never forked over $8,920.54 in property taxes they owe on a Studio City home where Anna used to live.

Howard K. Stern was named in Anna's will as the executor of her estate, which means that he may ultimately be the person responsible for cutting a check for all of Anna's debts.