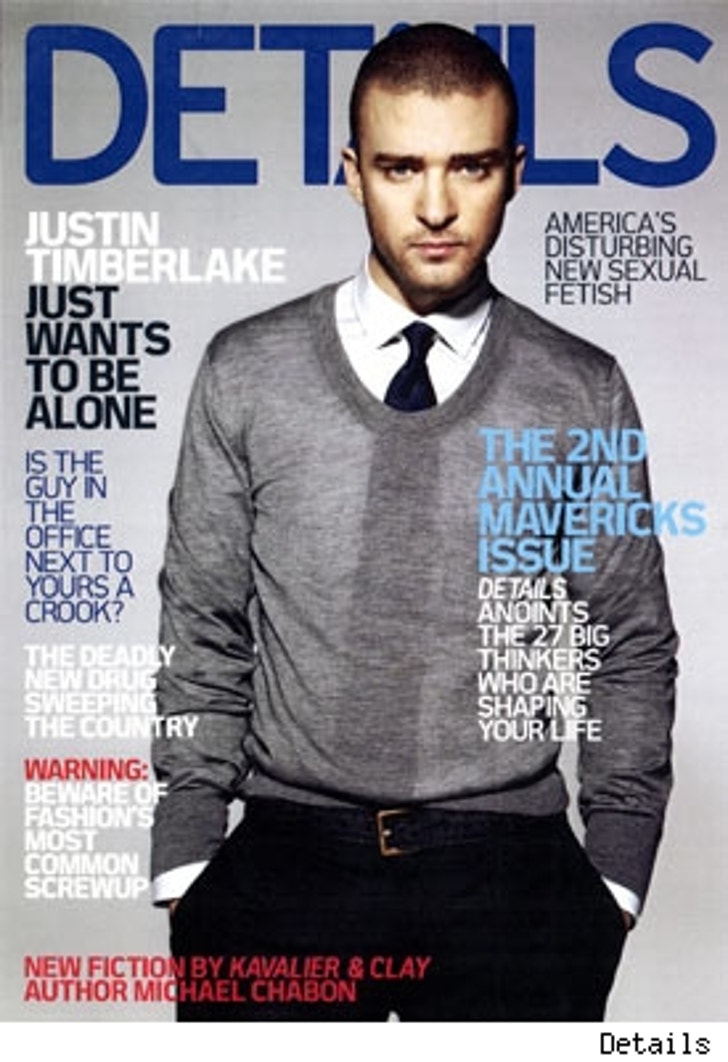 Whatever you do, don't call Justin Timberlake the new King of Pop!

The 26-year-old former *NSYNC frontman tells Details magazine that on his first solo album, "I tried so hard to be an R&B artist and it was the pop album of the year, and I was like, 'F*ck. That's the last thing I wanted.'" Be careful what you wish for, JT.

Justin also has a bone to pick with the Recording Academy over the debacle that was this year's My Grammy Moment, which featured JT singing with contest winner Robyn Troup. Timberlake agreed to the performance before the concept was fully developed. When he realized it was turning into a pathetic "American Idol" knock-off, Justin wanted out. Timberlake says he wound up keeping his word, "Because I'm the nice guy who follows through on the things he commits to." Save, of course, Cameron Diaz.

Read the rest of Justin's gripes in the April issue of Details or at Details.com.