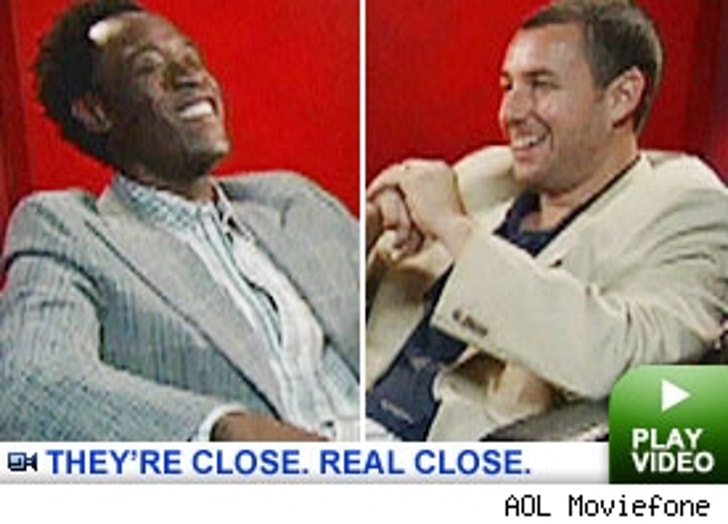 Adam Sandler and Don Cheadle take a wild scooter ride through Manhattan in their new film, "Reign Over Me." But it wasn't icy roads or crazy cabbies that they were most concerned about. "You were rubbing up on the Sandman," says Adam, not entirely comfortably, referring to Cheadle's taking hold of his co-star in a rather intimate position on the two-wheeled vehicle.

The pair sat down for AOL Moviefone's Unscripted series to talk about "Reign." Sandler plays Cheadle's former college roommate who loses his grip on life after his wife and children are killed on 9/11.

As for their cozy joyride, Cheadle admits, "Yeah, it was tight. You had to be pretty secure about your manhood." Lucky for them, they recall, some fans around town mistook the pair for Ben Stiller and Wesley Snipes. Check out the full "Unscripted" interview here.