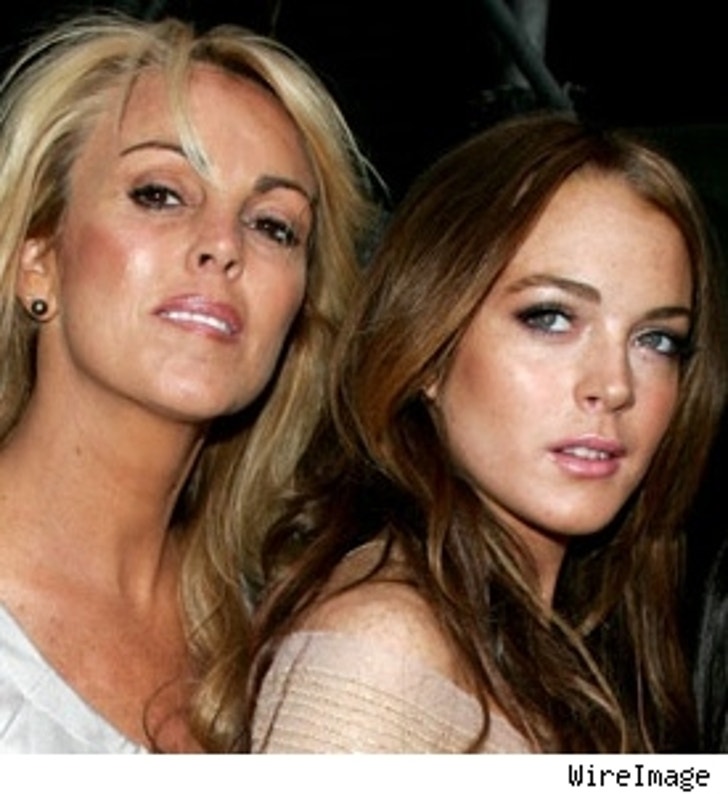 Dina Lohan wants to set the record straight: She's not -- not, despite appearances --a party mom. "Whoever said that, my ex-husband or whatever, I'm not the party mom!" she tells Harper's Bazaar in an interview in its April issue.

But she's not afraid to admit that she's living large -- "I'm living the American dream, and you can go ... " -- and that being 44 years old and the mother of four doesn't mean being a stay-at-home frump. "If you can button it and clip it when you're in your 40s, you're going out," she says. And there's little doubt, as TMZ has observed, that she does.

Still, Dina has plenty of mothering to do as well, what with Lindsay, one son in at an unidentified "great" college, another playing soccer in Italy this summer, and young Ali, who's following in big sis' footsteps. This even means holiday dinners every year for friends and family -- who always come first.

Dina also reveals that Lindsay's tried to set her up with various guys, particularly those in showbiz, but that she's demurred every time: "Linds, who am I going to marry? Like, an actor? Not happening." But Dina expresses admiration for some of her daughter's contemporaries in young Hollywood: She says Paris Hilton "a really smart girl" and calls Britney Spears "beautiful."

But Mama Lohan -- whose own daughter is easily one of the most paparazzi-hounded stars around -- also shares a dark prediction with the mag: "Look at me. Diana will happen again," referring to Princess Diana's tragic car crash while being chased by lensman. And as a result, Dina wishes Lindsay would quit the movies, though she admits, "If your daughter is a talented artist, you can't say, 'Stop drawing.'" Ultimately, however, people may just never get them: "We're just so misunderstood," laments Dina.