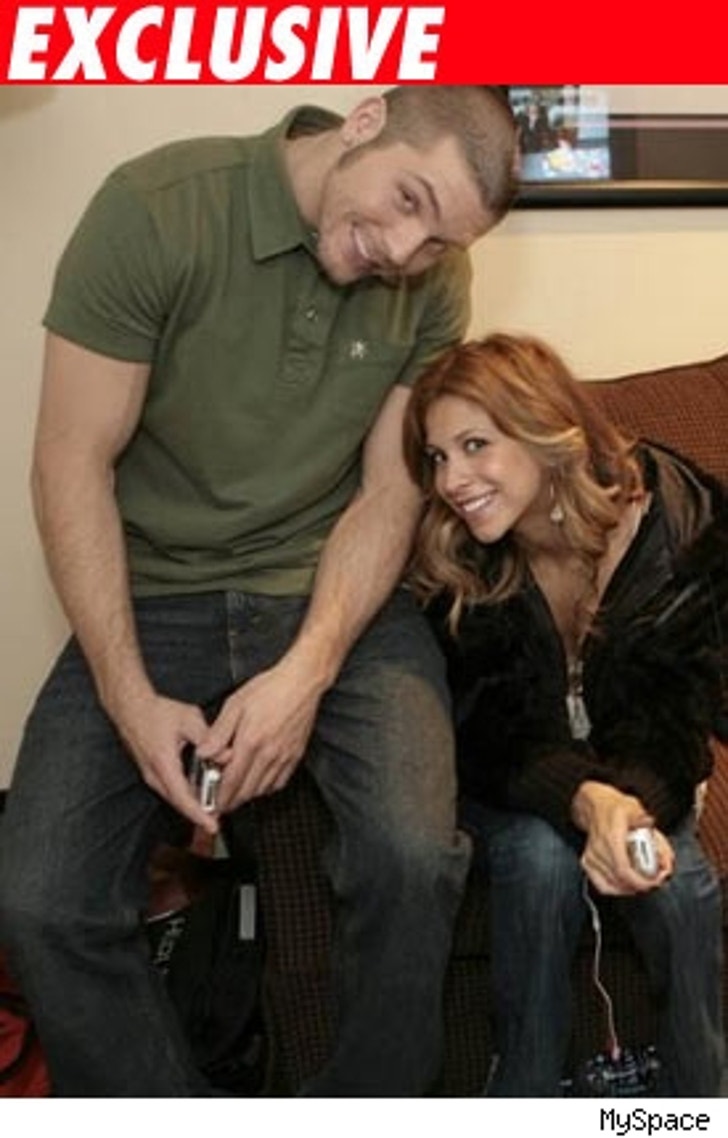 Sexy "American Idol" castoff Alaina Alexander and top ten finalist Chris Timberlake Richardson may have sparked more than just a friendship on the show. An inside source revealed exclusively to TMZ that the pair "hit it off instantly," and even after the busty songstress was voted off A.I. island, their relationship is afloat.

Our spy said that what they share is "beyond just friends." It seems not to be a coincidence that the wannabeen Miss Alexander has a really sweet picture of the two on her MySpace page.

Also adding fuel to the romance rumors... last week when they panned the audience to show Richardson's adoring friends and family, Alaina just happened to be in the crew. Will these apparently lovestruck Idols end up being the next Kristy Swanson and Lloyd Eisler, er, minus the scandal 'n stuff?