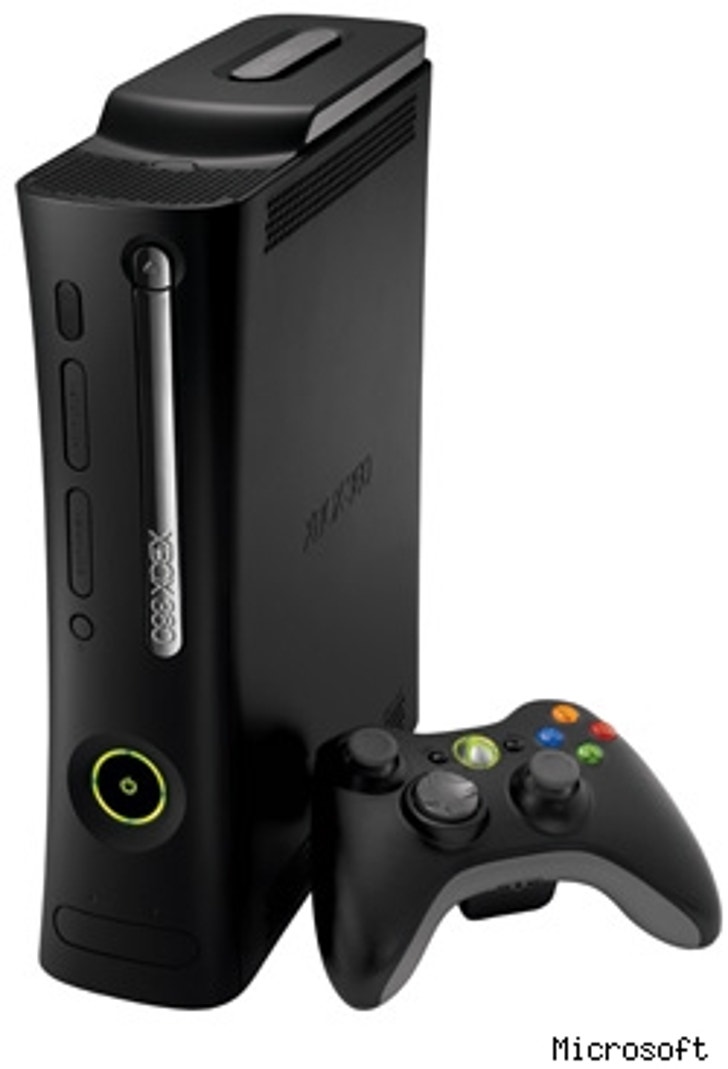 The console is an updated version of the current one. Clad in a sexy new black paint job, the Elite gives owners of HDTVs exactly what they have been asking for: HDMI (High Definition Multimedia Interface is the interface between components and HDTVs that allows reception of uncompressed audio and video). Finally, you can battle in the crisp world of HD without those pesky component cables bumming your high. You don't just get the port, you get the cables too!

Maybe you've been downloading videos and games off the Xbox Live Marketplace, and that Xbox hard drive of yours is gettin' pretty full. The Elite comes with a 120GB hard drive for all your downloaded goodies, and is packaged with a black wireless controller and black Xbox Live headset.

If you're bummed because you already have an Xbox 360 and you're jonesing for a larger hard drive, cheer up ... the 120GB hard drive is available for purchase as a stand-alone. It comes with a migration cable so you can backup your current puny drive with a new mega drive.