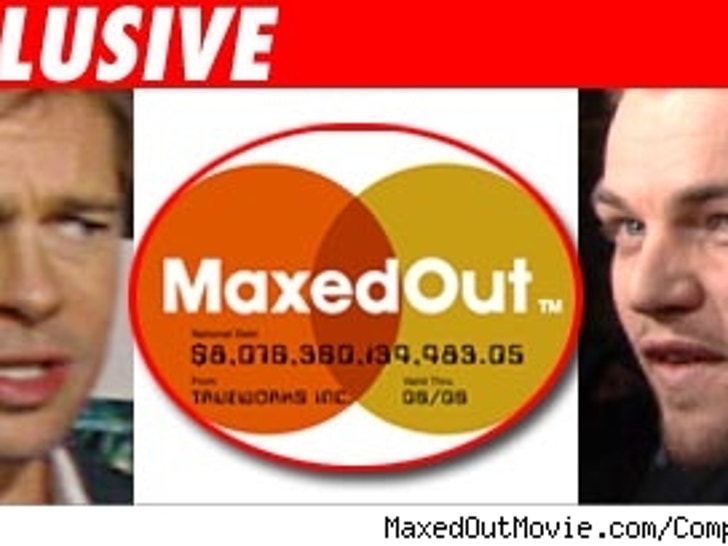 TMZ has exclusively learned that Brad Pitt and Leonardo DiCaprio are fighting over the rights to the same documentary film. 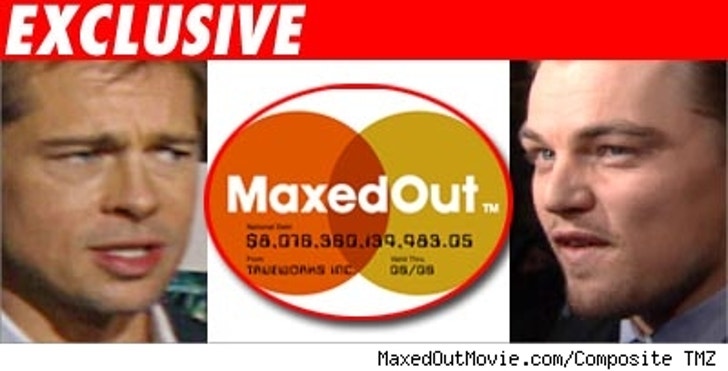 Sources tell TMZ that Pitt's Plan B production company is interested in turning James Scurlock's critically acclaimed documentary expose of America's obsession with credit card debt, "Maxed Out," into a feature film with a big Hollywood cast, in the vein of "Fast Food Nation." A well-placed TMZ source says that a Plan B rep contacted Scurlock's agent expressing how Pitt really enjoyed the docu's companion book, 'Maxed Out: Hard Times, Easy Credit and the Era of Predatory Lenders.'

TMZ has learned that shortly after Plan B's call, Scurlock's reps were contacted by DiCaprio's production shingle, Appian Way Productions, who revealed the same interest in the documentary. Hunky see, hunky do!

We're told neither production company has finalized any deals for the film's rights, but it could turn into Pitt's biggest brawl since "Troy."

"Maxed Out" is playing in select cities now.

A rep for DiCaprio told TMZ, "This story is bull. It sounds like someone is creating a bidding war to try and make a buck."

A rep for Plan B could not be reached.