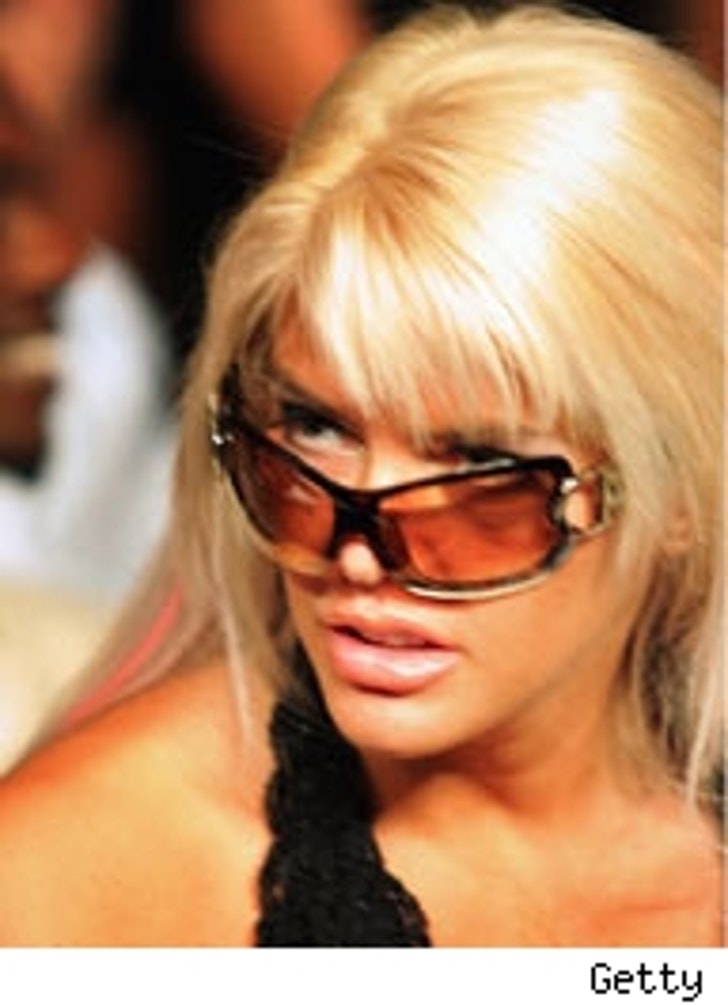 The Broward County Medical Examiner confirmed that none of the 11 drugs that were found in Anna Nicole Smith's hotel room were prescribed to Smith.

FOX News anchor Greta Van Susteren obtained documents from Dr. Joshua Perper's office which shows that of the 11 drugs, eight were prescribed to Howard K. Stern, two were prescribed to Alex Katz and one was prescribed to Anna's personal shrink, Dr. Khristine Eroshevich. We don't know who Katz is, but Perper acknowledged one thing that was clear -- Dr. Eroshevich wrote all 11 prescriptions.

Perhaps most interesting, the chloral hydrate that was the major cause of Anna's death (and was prescribed to Stern) was in a duffel bag in the hotel room. As Greta said, Anna was too weak to even get out of bed to go to the bathroom, so how did she get out of bed to rummage through the duffle bag and get the chloral hydrate? Van Susteren pressed Perper for an answer; the doctor said he asked Stern, Eroshevich and the bodyguard if they gave her the drugs and they all said they didn't.

Perper also acknowledged it was a bad idea for Anna to take sedatives in the morning, given she was already too weak to get out of bed. Perper said even if someone else gave her the drugs, "It's not wise for sure, but it's not homicide."