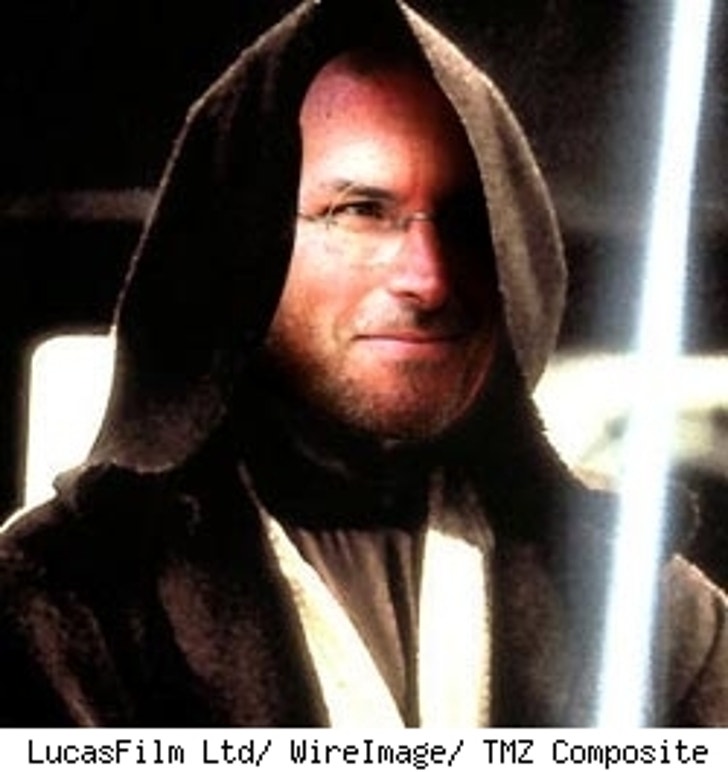 Just two months after Steve Jobs produced his essay, "Thoughts on Music" on his weblog, EMI, one of the world's big four record companies, has elected to take his advice and dump DRM, or Digital Rights Management anti-piracy software, on all the music it sells online (Beatles not included). It's enough to make you want to scream, "You weak-minded fool! He's using an old Jedi mind-trick!"

In February's "Thoughts on Music," Jobs argued that the reason why record labels ought to dump DRM:

"The simplest answer is because DRMs haven't worked, and may never work, to halt music piracy. Though the big four music companies require that all their music sold online be protected with DRMs, these same music companies continue to sell billions of CDs a year which contain completely unprotected music. That's right! No DRM system was ever developed for the CD, so all the music distributed on CDs can be easily uploaded to the Internet, then (illegally) downloaded and played on any computer or player."

In other words, why bother padlocking the back door if the front door is left wide open?

But instead of asking, "Why not lock the front door and the back door?" Jobs -- whose biases are self-evident with over 90 million iPods sold -- employs the old Jedi mind-trick and says both doors should be left unlocked.

So, why are the labels so willing to have Jobs lead them around by the nose?

In part, it's their own incompetence: The record labels' efforts to lock their "front door" of CD sales have been utterly ham-handed. As CNET's Molly Wood brilliantly explained Sony's efforts at safe-guarding its CDs:

"...You buy a [Sony] CD. You put the CD into your PC in order to enjoy your music. Sony grabs this opportunity to sneak into your house like a virus and set up camp, and it leaves the backdoor open so that Sony or any other enterprising intruder can follow and have the run of the place. If you try to kick Sony out, it trashes the place."

The other reason? The labels have little choice but to do as Jobs asks: His iTunes has already nailed down 70% of the online music market, even though 97% of all music on iPods doesn't come via download. The labels have mismanaged their past so badly, they have no choice but to let Jobs run their present, and therefore their future.