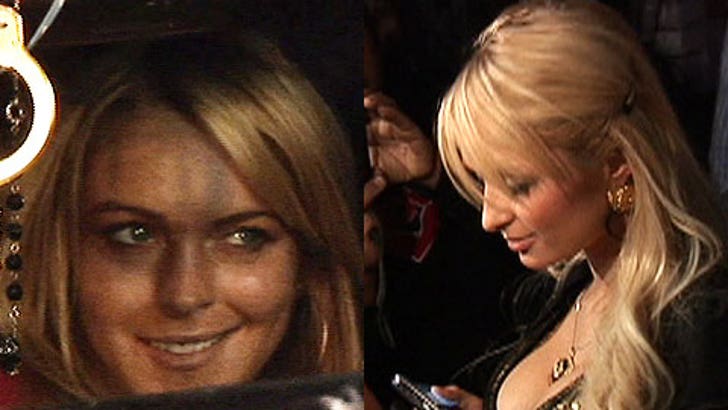 The frenemies, whose on-again-off-again friendship appears to be way off, were spotted at new celeb hotspot Parc, with Lohan leaving just moments after Hilton arrived. The two have been feuding since the infamous "Firecrotch" incident -- set off by Lindsay allegedly getting chummy with Paris' ex, Stavros Niarchos.

Though Stav was nowhere in sight, Hilton's new beau, Josh Henderson, limped into the club on crutches with a basketball injury. Hilton's ex-fiance, Paris Latsis, was also there. Yeah, it can get confusing.

Also at Parc Friday night: unnaturally red-headed Keisha Cole, Michelle Trachtenberg, Jay Chandrasekhar and an impatient Eva Mendes, who threatened to slam her door on some pap's fingers before speeding off.