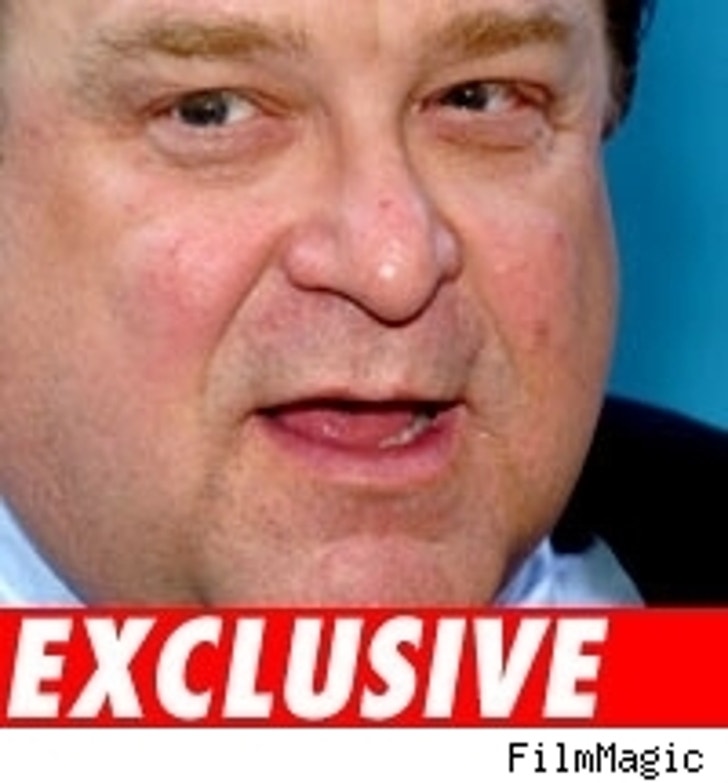 John Goodman is in hot holy water with a German film company after he allegedly backed out of playing the role of Pope.

According to a lawsuit filed yesterday in Los Angeles County Superior Court by Constantin Film Produktion, Goodman "entered an oral agreement" in or around February 2007, to play the role of Pope Sergius in an upcoming film titled, "Pope Joan," for the sum of $500,000. However, two months before shooting was to begin, Constantin claims the actor reneged on the deal and had his lawyer break the bad news via a March 14 email.

In the lawsuit, Constantin claims that Goodman "knew that Constantin would rely on his promise by not casting or seeking to cast any other actors for the role of Pope Serguis" and because of that, lost "significant sums" on pre-production activities. Now, Constantin is asking for more than $3 million to cover their losses.

In a statement to TMZ, Goodman's rep, Stan Rosenfield, said, "There were talks about Mr. Goodman participating in the "Pope Joan" project, although no agreement was ever reached. This is a frivolous lawsuit."