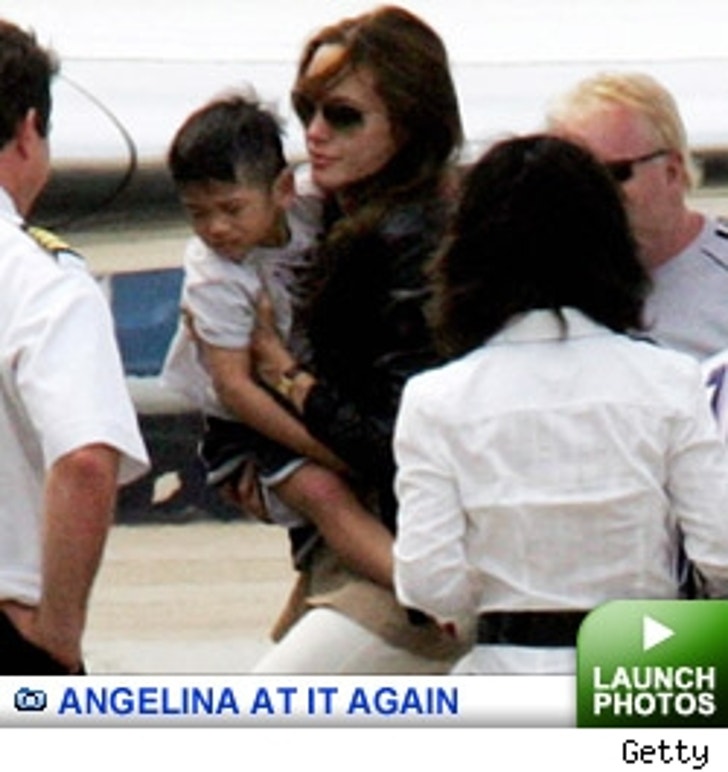 Reports today are claiming that Angelina Jolie wants to adopt another girl from Africa for her burgeoning brood, right on the heels of her latest baby acquisition, Pax from Vietnam -- but TMZ has learned that it's definitely not true.

A source told a British tabloid that Angie wants to "balance" her family for the sake of her adopted daughter Zahara from Ethiopia. She's got two little Asian boys, the thinking goes, so she needs another African girl to keep Z company.

But TMZ spoke to Jolie's lawyer, Robert Offer, who told us that the rumor is definitely false. He says that he's been involved in all of Jolie's adoptions and that he hasn't spoken to her about adopting any children from Chad, or any other country for that matter. 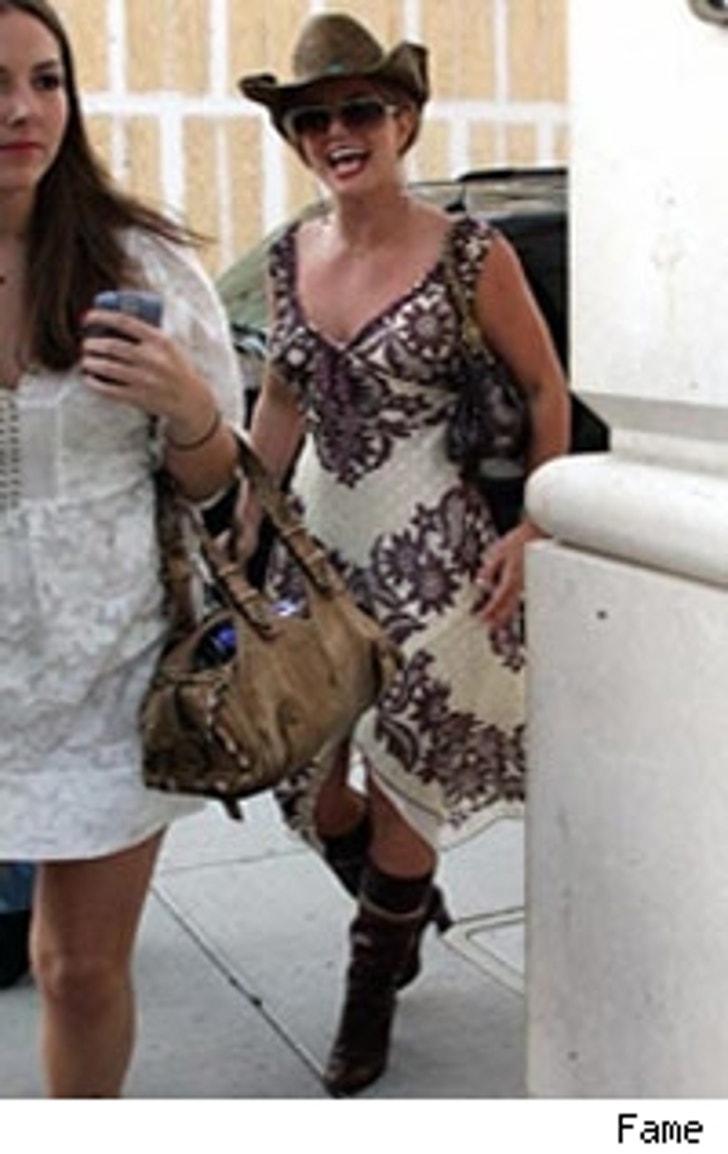 Howdy, buckaroos! Rodeo Britney got her gitty-up blinged out with a stop at Cartier. Nothing like diamond jewelry to make a girl forget her rough ridin'. 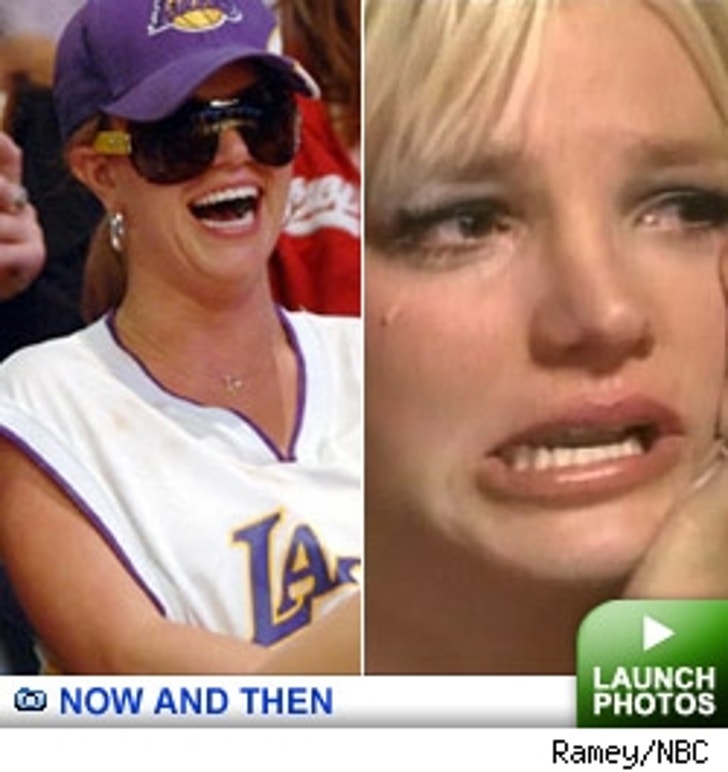 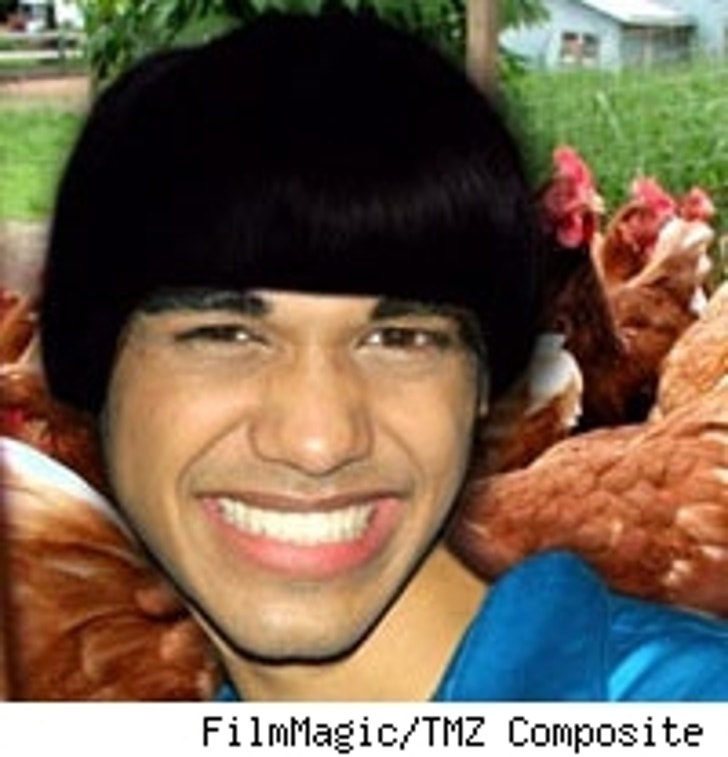 Sanjaya Malakar is getting fried this week!

Kentucky Fried Chicken
has offered the "American Idol" wannabe a free lifetime supply of their Famous Bowls if the 17-year-old hirsute crooner sports a bowl hairdo in one of his next televised performances.

In an open letter to Sanjaya, KFC President Gregg Dedrick writes, "We're sure America will be as 'bowled-over' by your take on this classic look as they are by our KFC Famous Bowls." 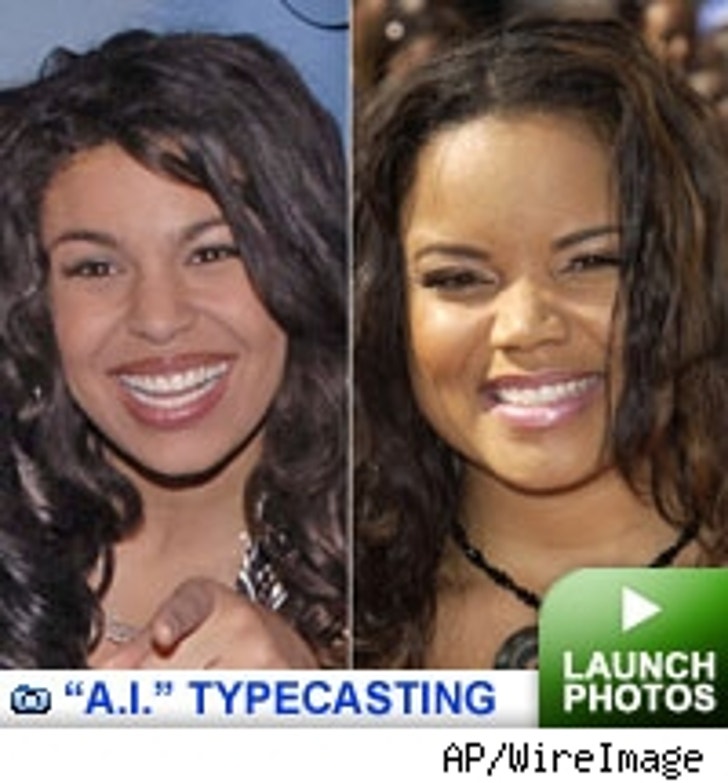 In addition to the poultry perks, KFC will also make a contribution in Sanjy's name to Colonel Scholars, a charity that provides young people with college scholarships. Who knew bad singing and funny weaves could do so much good?!

Party Favors: Clay Says "Idol" Is Like a Drug ... Timbaland's Not Working with Britney? ... Hasselhoff's Best TV Friend (That Car) Up for Sale

Clay Aiken tells People that this year's "American Idol" is the first one he hasn't watched religiously, and that the program is "a drug of some kind ... Like you think you can't live without it..." Not, as he points out, that he's ever done any drugs. ... Timbaland denies in Metro New York that he's going to work on Britney Spears' comeback album, as was previously reported. "People just put anything out," says Timba. ... KITT, the sleek Pontiac Trans Am that was David Hasselhoff/Michael Knight's best friend/primary weapon in the seminal '80s TV series "Knight Rider" is being offered for $149,995 at an Ohio auto dealership. Unfortunately, the car isn't street legal, but the scanning light on the nose of the car still glows and hums.