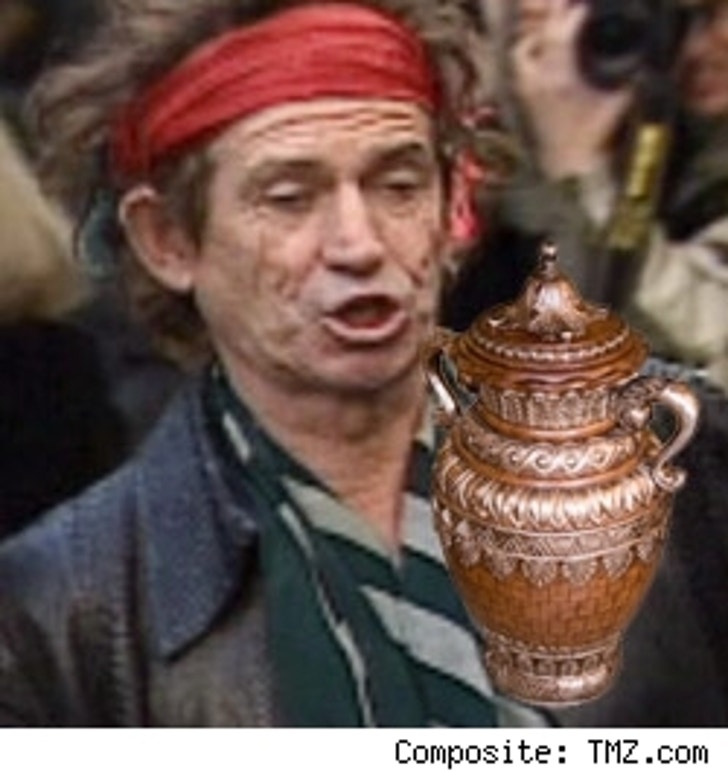 There's very little in the physical world that Keith Richards hasn't, by his own admission, ingested either by mouth or by nose -- including, it seems, his father's ashes.

The Rolling Stones axeman revealed to NME, the British music magazine, that he once snorted the remains of his own dad, Bert, leavened with a bit of cocaine to make it go down easier. "He was cremated and I couldn't resist grinding him up with a little bit of blow. My dad wouldn't have cared ... It went down pretty well, and I'm still alive," says Keith.

Bert died in 2002 at the age of 84. Richards has four children of his own, and will play Johnny Depp's dad in the forthcoming third installment of the "Pirates of the Caribbean" series.

This just proves that for sons and daughters, knowledge really is powder.