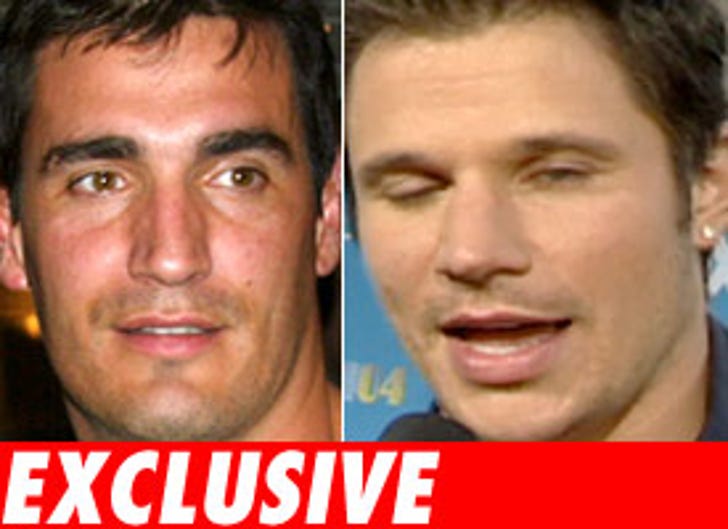 A host of celebrities, including Nick Lachey, A. J. Discala and MLB star Brady Anderson, are being sued by a woman claiming she was stiffed out of a lucrative basketball franchise.

Laura Brau claims last summer she entered into a contract with a company controlled by A. J. Discala, estranged husband of Jamie-Lynn Sigler. Under the deal, Brau would become acting president of "Hollywood Fame," a newly formed American Basketball Association team and, among other things, receive 10% of the stock in the franchise.

In court documents obtained by TMZ, Brau claims Discala squeezed her out by giving 100% of the stock to other people, including Lachey. Brau claims Discala knew what he was doing, calling his alleged conduct "despicable, intentional, deceitful...with a willful and conscious disregard for Plaintiff's rights."

There are reports that Stacy Keibler, John Salley, and Wilmer Valderrama are also part-owners of the team; however, they were not named in the lawsuit.