It seems that Joel Madden has learned a tip for dealing with the paps -- that saying "please" actually works better than brute force. 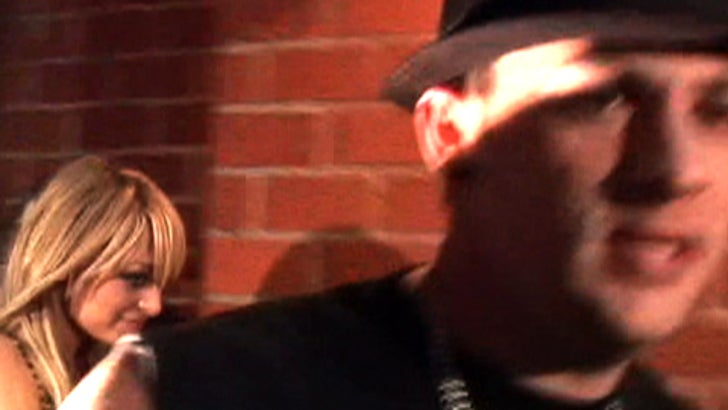 As Joel left swanky Mr. Chow with girlfriend Nicole Richie, his actions were a marked change from the last time the pair left the swanky joint, when a snarky Madden pushed his way out, causing one female photographer to file a "crime report" claiming that he injured her after shoving her into a car.

But no more Mr. Nasty Guy for Jo-Jo! This time, the Good Charlotte frontman excused his way through the crowd of paparazzi waiting to photograph him with Wrong-Way Richie, saying "please" a total of six times! Richie seemed to get a kick out of her boyfriend's overt politeness and can be seen laughing as she is escorted to a car.