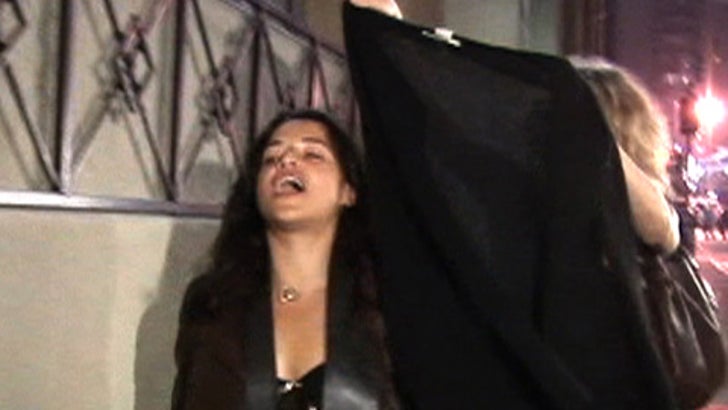 M-Rod and a tall wobbly blonde were spotted leaving the Roosevelt Hotel together, hiding their faces under a large black sweater to block an onslaught of flashbulbs. The two giggled under cover, proud of their improvised disguise, while the friend told Michelle, "Don't pose anymore, we're done!"

Rodriguez eventually ditched the disguise -- and her friend -- giving the paps a good shot before driving off.