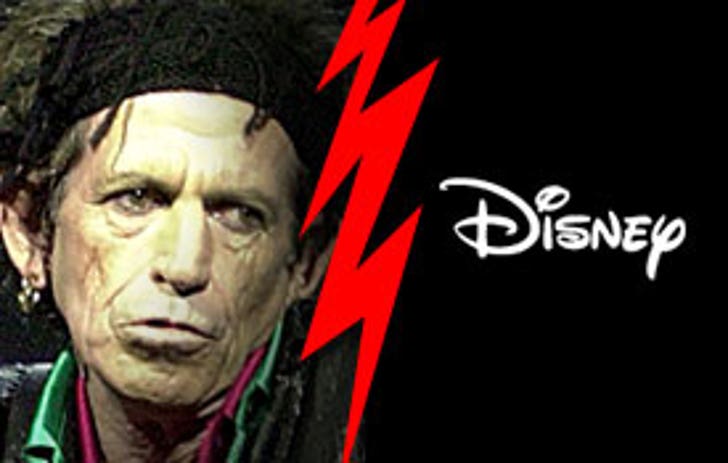 Keith Richards whipped up a whole mess o' publicity for Disney's "Pirates of the Caribbean: At World's End," but the House of Mouse is unamused with his antics.

In a recent and widely-reported story, Keith joked that he had snorted the ashes of his father, mixed with some drugs. He later said that he was kidding, but his jest was perhaps lost in translation. As you can see from this random clip, Keith is sometimes a little hard to understand.

Disney's publicity veep, Dennis Rice, told AHN, "When (a senior Disney publicist) forwarded the ashes story to me, I thought, 'How are we going to spin this?'" and "Keith won't be doing a lot of publicity for this movie." No surprise there, eh, matey?