Jamie Kennedy brought his mad breakdancing skills to D.C. -- showing off his moves outside the White House. 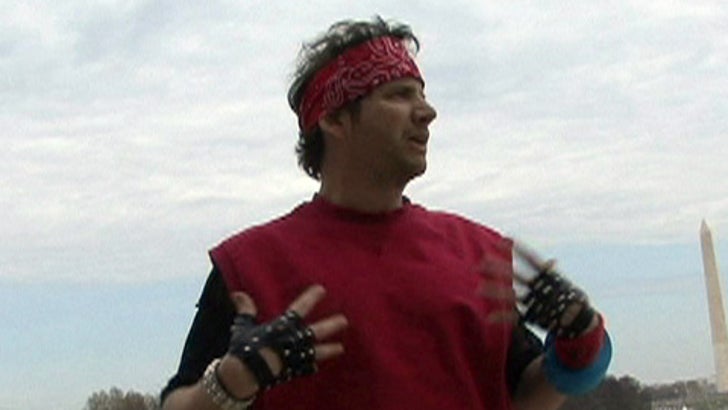 Taking a cue from Sacha Baron Cohen, the comedian continued his bizarre US promotional tour for his upcoming film, "Kickin' It Old Skool," -- by break-dancing in character in the nation's capital.

Kennedy aka Justin Schumacher, and his younger (and shorter) buddy, BBoy Casper, showed off their moves all over the city -- setting up shop in front of an anti-circumcision protest, flipping off the side of the Washington monument and trying to persuade guards to let them flip off Lincoln's knee at his memorial.

The two even broke it down in front of the White House, yelling for the President to come out and join them. Unfortunately, Dubya didn't come out to get served.