K-Fed celebrated his divorce from Britney by throwing handfuls of $50 dollar bills to a crowd in a Vegas nightclub -- the only problem, the bills were fake! 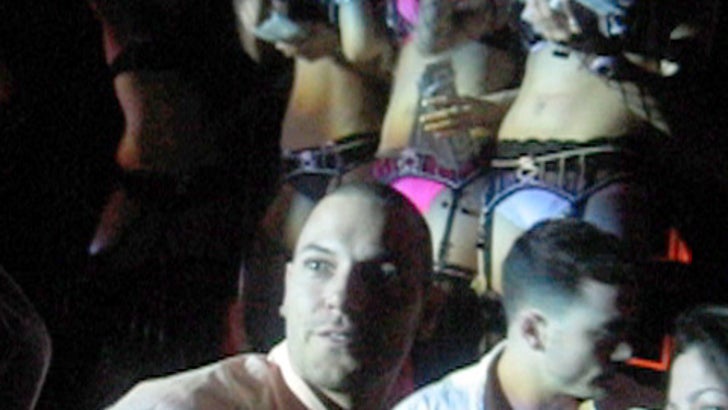 A freshly-shaven Federline hit up Jet Nightclub at The Mirage Friday night to mark his divorce with a party, where lingerie-clad dancers showered the crowd in fake $50 bills. Seems his divorce settlement with Brit didn't leave him wealthy enough to throw out the real thing!

Ironically, a source inside the club tells TMZ that while plenty of hotties tried to flirt their way into the VIP lounge, Federline and his entourage were only letting in "Britney look-alikes." Federline was also spotted earlier that day lounging around Bare, the topless pool at The Mirage.