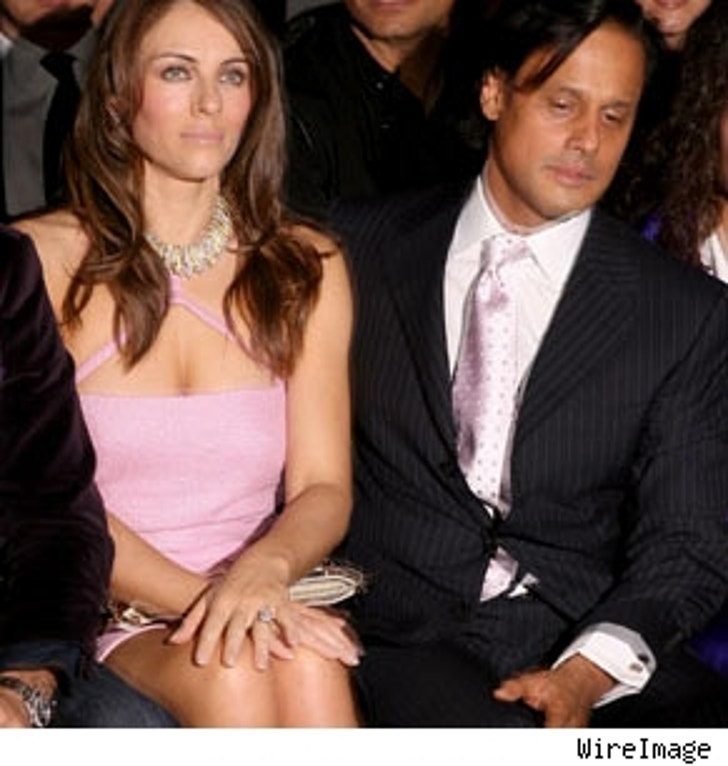 Elizabeth Hurley's lavish weddings have her father-in-law lashing out against the actress and her new husband, Arun Nayer.

According to Britain's Sunday Mirror, Vinod Nayer states, "Liz and Arun have treated us very shabbily," adding, "I feel that Liz and Arun behaved shamefully and placed more importance on showing off than their own family." Not Liz! Vinod says the couple made him and his wife feel like "social outcasts" at their opulent English and Indian wedding spectacles, which included guests like Elton John, fashion designer Tom Ford and supermodel Elle Macpherson. Vinod has reportedly "cut all ties" to the newlyweds.