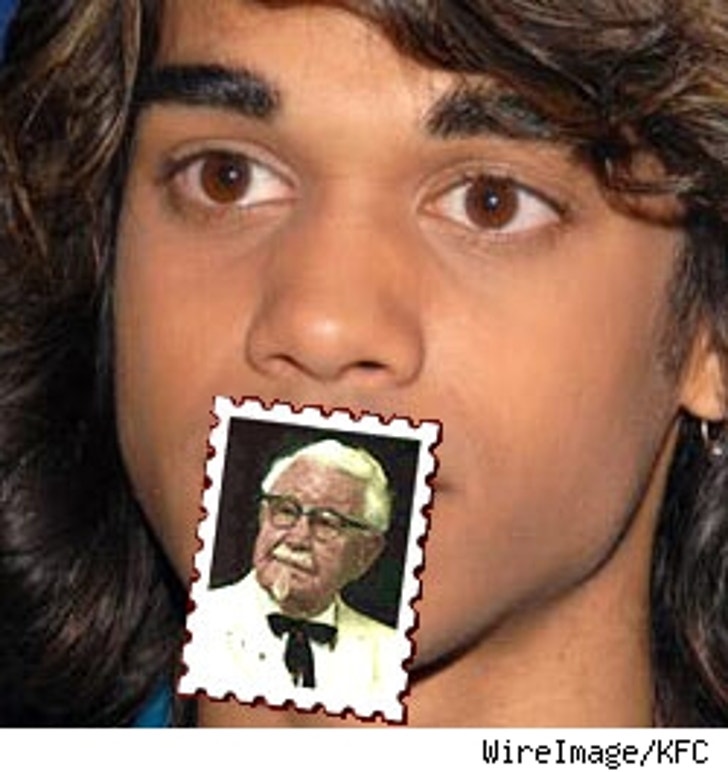 Kentucky Fried Chicken has upped the ante on their tasty offer to Sanjaya to see if the extra-crispy Idol will bite!

On top of a lifetime supply of their Famous Bowls, and a charitable donation in his name to Colonel's Scholars -- if Sanjy dons a bowl hairdo during one of his upcoming televised performances, KFC will pay "Idol's" breakout star $5000 in cash -- and give him a starring role in their next Famous Bowl ad! Now that's music to our ears!

In another open letter to Sanjaya, KFC President Gregg Dedrick writes, "The judges and critics may think you're a long shot for a recording contract, but at KFC, we think you're a real 'original.'" Ain't that a bucketful?!

Hopefully, the vocally-challenged showman will take KFC up on their deal, and not chicken out.