The cast of "The OC" had a mini-reunion Saturday, with Adam Brody, Benjamin McKenzie and his on-screen, six-episode girlfriend Sadie aka Nikki Reed, all partying at Parc. While McKenzie was flying solo, Reed showed up with "Road Trip" star DJ Qualls, and Brody was spotted hanging out with singer Gavin DeGraw. 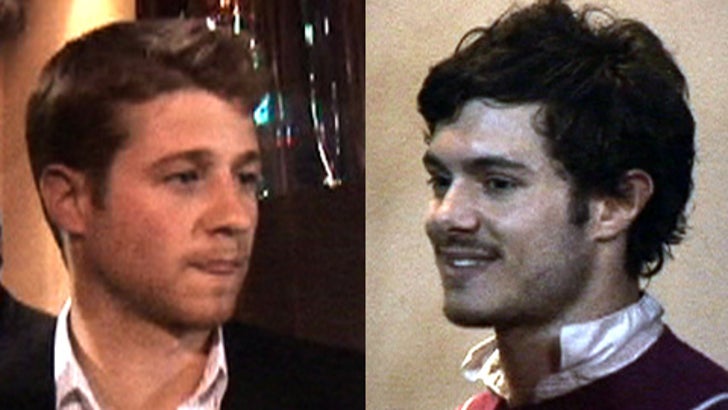 "Grindhouse" babe Rosario Dawson hit up Teddy's with one of the film's faux-trailer directors, Eli Roth, on Friday and while both saved a paparazzo from crashing into an R2-D2 mailbox, they remained quiet when asked about the rumored on-set romance between Robert Rodriguez and Rose McGowan.

Mr. Chow was also a hotspot over the weekend, with rehab graduates Brandon "Greasy Bear" Davis and Courtney Love stopping in (separately, relax!), along with visits from will.i.am and an autograph-gracious Anne Hathaway.

All this and more in today's OC-friendly Star Catcher.