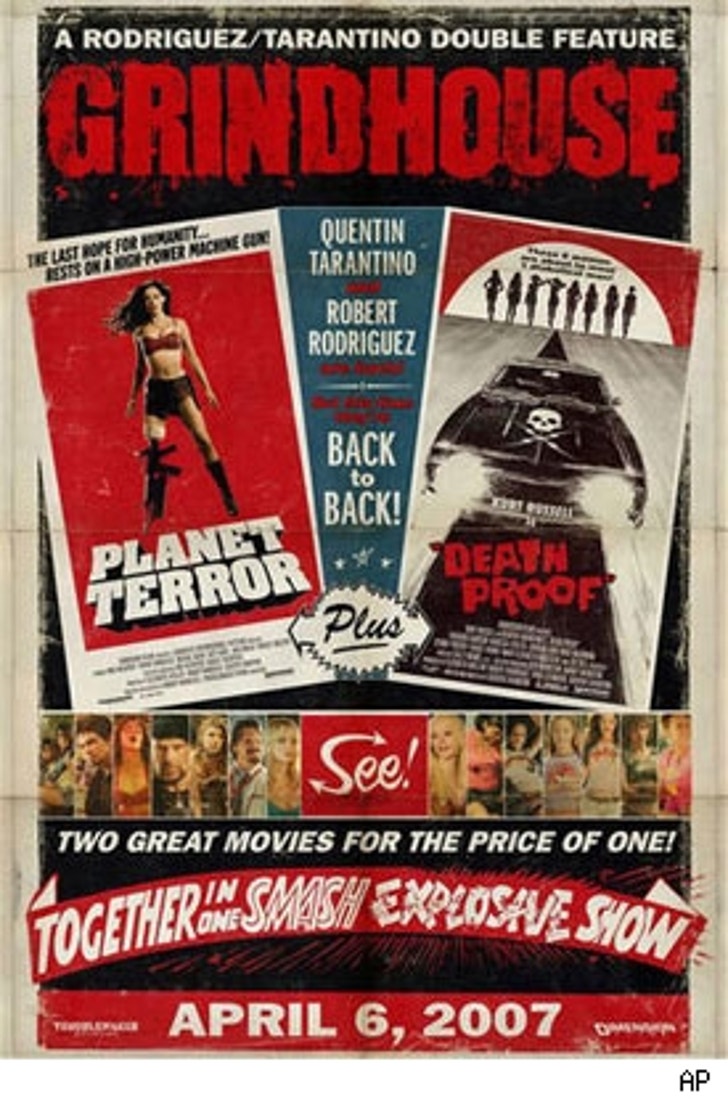 After "Kill Bill" and "Sin City" re-injected high kitsch into the American cinema, we here at City of Industry were particularly interested in what the critics would say about Quentin Tarantino and Robert Rodgriguez's newest, critic-proof films: Rodriguez's "Planet Terror" and Tarantino's "Death Proof," which are being released as a double feature entitled "Grindhouse" -- this weekend on 2,624 screens.

By far, my favorite review of the directors' combined 3-hour slasher & zombie hodgepodge comes from the Christian Science Monitor's Peter Rainer, who writes of Tarantino's newest:

"Tarantino devotes a great deal of time to scenes of the women just sassing each other – at times it's like a grindhouse version of 'The View.' [but]...Tarantino may have moved beyond the grindhouse conventions he has routinely championed. The extended sequences with the women in 'Death Proof,' before the blood and the vroom-vroom set in, could be his newfound attempt to humanize his people instead of treating them as car-crash mannequins. He has such a good, loosey-goosey feeling for the back-and-forth jabber of girlfriends that you almost wish he had jettisoned the skidding U-Turns and just made a film about women hanging out."

That's an intriguing idea, and one that's especially timely given the untimely death of Bob Clark. Tthe director got his start with horror schlock like "Black Christmas" and raunchy comedies like "Porky's," but the media -- and the world -- remembers him far more fondly for directing that near-perfect holiday film, "A Christmas Story."

Better get to work on that enduring masterwork for grown-ups, Quentin: As Bob Clark's tragic demise reminds all of us, no one lives forever.