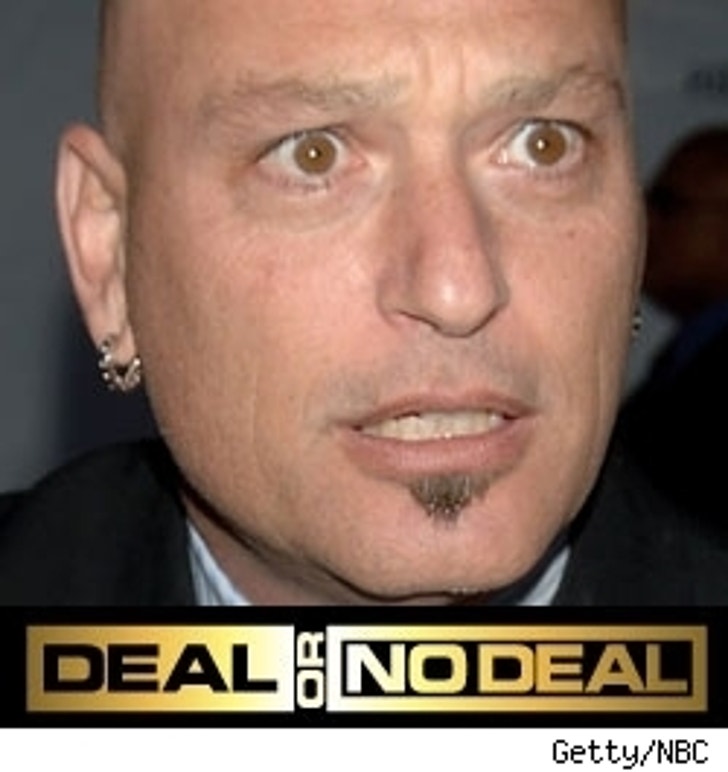 If you thought watching an episode of "Deal or No Deal" was painful, try being in the audience!

A woman is suing the production company behind the hit game show, after she tripped and fell down a flight of steps during a taping in February, 2006.

According to the lawsuit, obtained by TMZ, Judy Ann Myers claims that during a commercial break, the show's stage manager instructed her to "hurry up and come down" the stairs to perform in an audience dance contest. As Myers hurried to the stage, she claims to have completely wiped out, suffering "great and considerable personal injuries" all over her body. In the suit, Myers blames her bad trip on bad lighting -- and that there were no hand rails on the stairs.

Now Myers is asking a judge for more than $25,000 to heal her wounds. Better call the banker, Howie!

Calls to reps for "Deal or No Deal" were not immediately returned.