Comedy Store heir Pauly Shore may be washed up, but he was one lucky man last week -- emceeing a Princess Party at Tao in Las Vegas hosted by stacked celebupal Kim Kardashian. 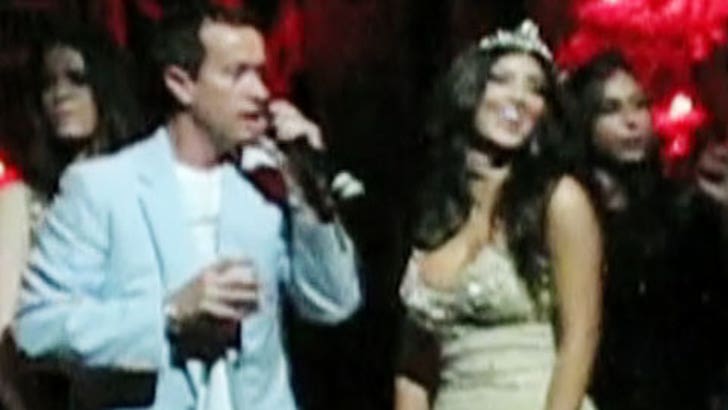 The Weasel was surrounded by a group of scantily clad, curvy women, as he attemped to get the crowd pumped for the party. Dropping f-bombs left and right and exclaiming "I love penises," it's fair to say Shore did a fair but random job.

Shore added some fuel to the Paris vs. Kim fire, asking Princess Dash who her favorite artist was, adding, "Don't say f**king Paris Hilton, cuz we know that's not your f**king favorite artist!"