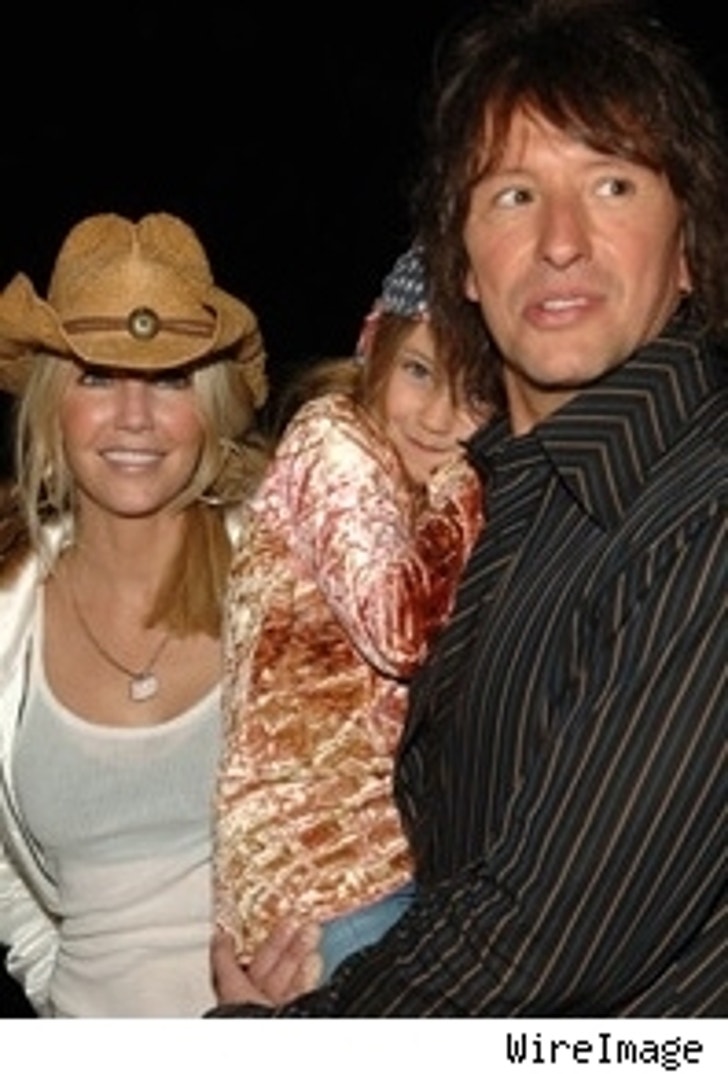 Heather Locklear and Richie Sambora have officially finalized their divorce, this according to People magazine. They are now free to marry each other's best friends, if they want to. Or even David Spade.

Lawyers for the former couple met with a judge on Wednesday, according to a mag source, and finished working out all the details of their split, which was filed more than a year ago, in February 2006. No details were given as to the specifics of money or child custody.

The couple were married for 11 years and have a 9-year-old daughter, Ava Elizabeth. Locklear has more recently been linked to her former "Melrose Place" co-star Jack Wagner, and Sambora has been dating Locklear's ex-BFF Denise Richards.