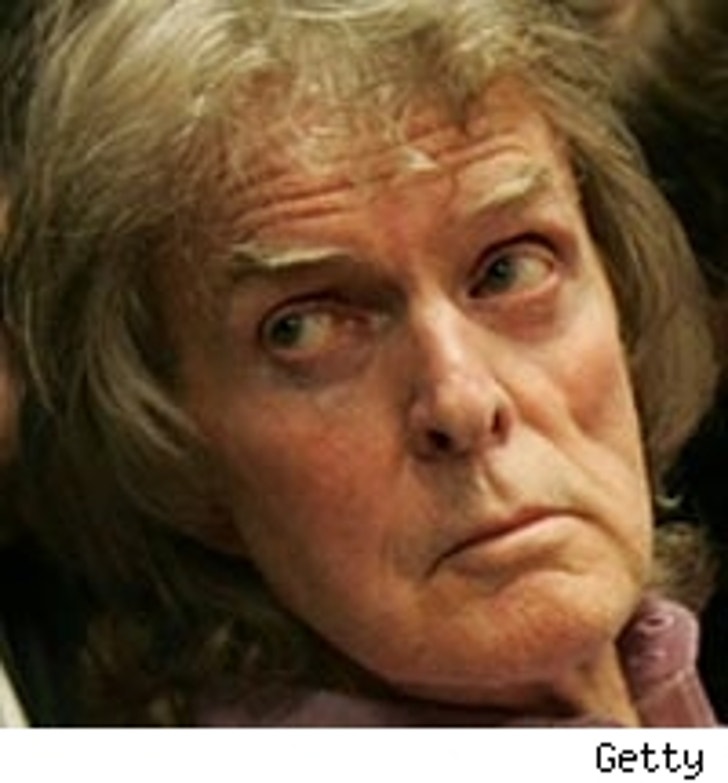 Were I a less morally-scrupulous blogger, I would be tempted to break this (faux) exclusive: "Sirius-XM in Talks with Don Imus." Even though I have no knowledge of this, and even though it's probably true, such talks may be short-lived and ultimately doomed. Here's why:

* Even on satellite radio, advertisers matter. XM is filled with them, and consumer brands consider Imus rat poison. And as Business Week columnist David Kiley noted, "Imus's influence is transcending the size of his audience...[It's] about a quarter of Limbaugh's weekly following and less than half of Stern's. But blue-chip and family-oriented advertisers like Chrysler, Bigelow Tea and The New York Stock Exchange are prepared to pay top dollar to flog their brands on Imus; his show commands advertising rates of $1,333-$1,500 per thousand listeners versus about $1,000 for Limbaugh and Stern, according to industry sources." Not anymore. Strike one.

* Sirius' biggest star, Howard Stern, simply detests Imus. Viz, Stern's on-air rant against him: "If it was me and I did something stupid like that I would just go on and say, 'I'm not going on Al Sharpton's show. Al Sharpton is a piece of s**t. He's just a human being that is bankrupt, and he should pay his bills ... I would rather just leave the radio than apologize to that man...' I like Al Sharpton, by the way."

* The business model of satellite radio may be shifting from backing up dumptrucks filled with cash to more fiscally prudent deal-making. Together, XM and Sirius have nearly 14 million subscribers; combined, they expect to add another 3.5 million net new subscribers if they finally merge this year. But the losses are just as staggering: XM lost $256 million last quarter; Sirius lost $245 million. That's over half a billion dollars in red ink in one quarter. And rampant piracy of Stern's show on BitTorrent and other websites means subscriber growth will be a challenge.

Even assuming Imus could get a gig on satellite, let alone on YouTube or the web, he faces yet another major problem: Guests. Or rather, the lack of them: Politicos like Sen. Chris Dodd and Barack Obama would rather be injected with the Ebola virus than be seen with Imus now; business moguls wouldn't do satellite because he'd lack the combined reach of TV and radio. And the loss of his MSNBC simulcast means that neither serious broadcast journalists like NBC's Brian Williams nor print superstars like Newsweek editor Evan Thomas will be permitted to do an Imus show. Strike three.

Finally, there's the question of whether the public even wants to hear from this guy anymore. As Bob Herbert points out in his NYT column, Imus has a history of hateful, disgusting speech that many people are simply not willing to leave in the past. Writes Herbert, "The real question is whether this controversy is loud enough to shock Americans at long last into the realization of just how profoundly racist and sexist the culture is... It appears that on this issue the general public, and the women at Mr. Imus's former network, are far ahead of the establishment figures, the politicians and the media biggies, who were always so anxious to appear on the show and to defend Mr. Imus."

Friends, Imus may be a celeb, but even the heaviest hitters don't get four strikes. He's outta there.