DUI celebuboobs Paris Hilton and Nicole Richie had an unusual ride to Kitson boutique yesterday -- they rolled up in a chauffeur-driven yellow school bus! They's edumacated! 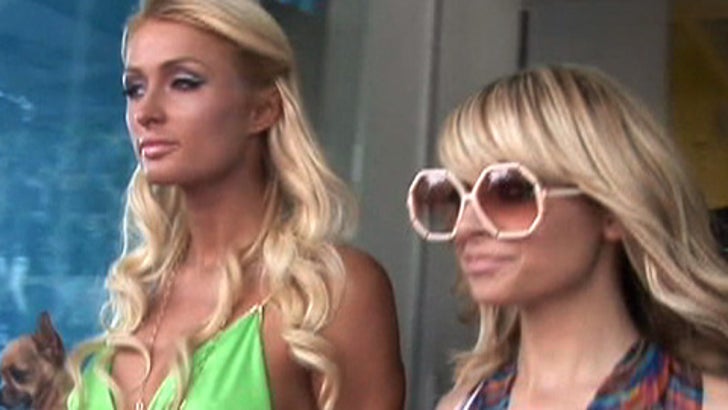 While filming the upcoming season of "The Simple Life," the two road menaces showed up to the Robertson Blvd. shop in a bus from Camp Shawnee, driven by an uberhunky driver one would never see driving a school bus in any place other than West Hollywood. Both Paris and Nicole took time to sign autographs for a large group of fans waiting for them between takes.

TMZ also spotted a laid back will.i.am, a happy Bobby Brown outside Mood, Nicky Hilton sneaking in the back of Hyde. All the while "American Pie" hottie Shannon Elizabeth was spotted getting into her car on Robertson Blvd.

All this and more in today's short bus edition of Star Catcher.