Rehabbed Robbie Williams hit up Koi Saturday night -- where someone inside was creepily posing as his father. 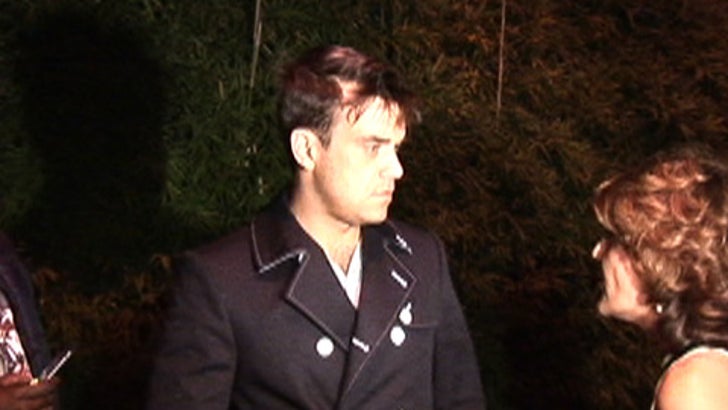 TMZ spotted the recovering UK pop star outside the restaurant where, after announcing he'd finally "found the right medication," a woman came up to him asking if he knew Gene Carrier -- a person claiming to be Robbie's father. A visibly confused Williams responded, "Is that a joke? Not a clue who he is."

Here's a tip for potential impostors: Try to get the person's name right. Robbie's dad is comedian Pete Conway.