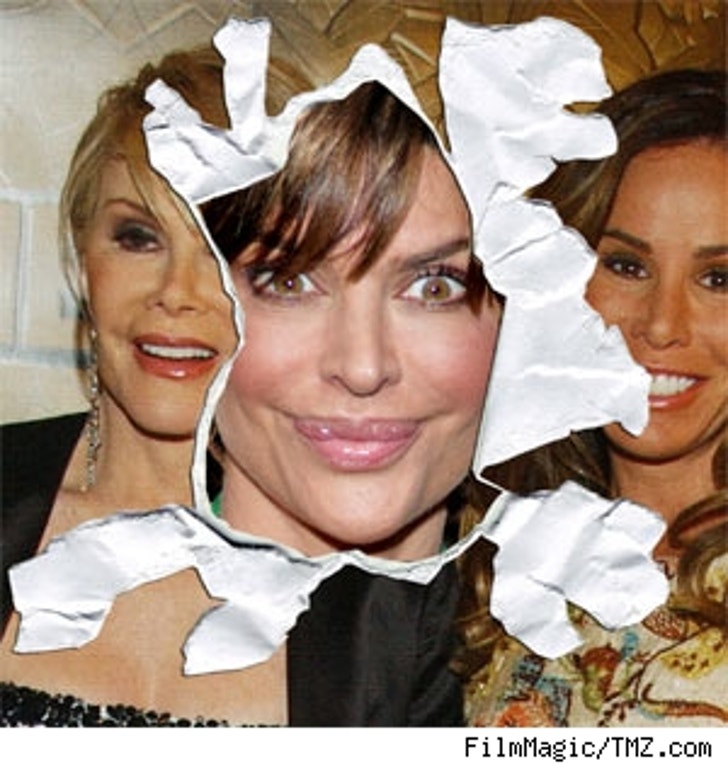 The TV Guide Channel has replaced veteran red carpet fashion mavens Joan & Melissa Rivers with Lisa Rinna! Who will you be wearing?

Rinna has signed a multi-year contract with the network, which will see the former "Dancing with the Stars" booty shaker hosting five red carpet pre-shows and five fashion recap shows, beginning with the Emmy Awards in September. TV Guide says they chose Rinna because, "In addition to being an established TV star, she also has fashion expertise as both a business person and commentator, so she is a great fit for this role and for our brand." Lisa owns two L.A. area boutiques called Belle Gray.

The network released a statement saying, "TV Guide Channel is very appreciative of Joan and Melissa Rivers' contributions to the success of our Red Carpet programming over the past three years. We wish them the best in their future endeavors." Snap!

While it is not known where the mother/daughter team will end up next, Joan Rivers, through a rep, told TMZ, "I will tell you my true feelings and experiences, as soon as we finalize our new deal." Can we talk?!

Joan, who invented red carpet fashion reporting as we know it, and daughter Melissa had been with TV Guide since January 2005, after leaving E!