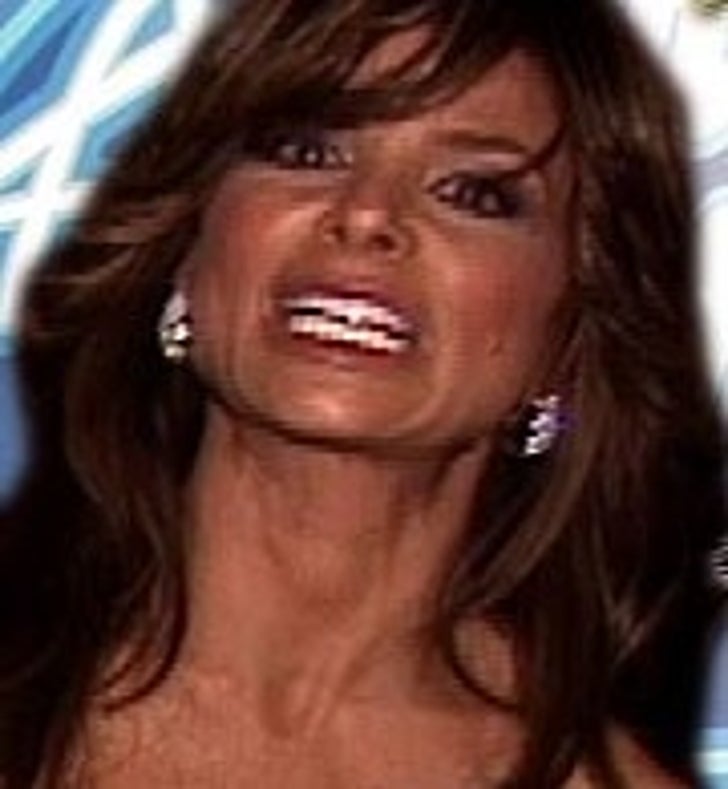 The "Idol" judge, according to Star (via MSNBC), tried to play the "I'm famous" card to get pre-boarding on a recent flight from San Jose to Burbank, Calif. But the airline she was flying – Southwest – doesn't do first-class passage, so Abdul was left to board just like everyone else. When she did finally get on, Paula tried to save the seat next to hers – for herself – but had to give it up.

Watching her diva-rrific behavior, one fellow passenger was prompted to quip, "You're no Sanjaya!" Abdul's rep had no comment.

Guy to Madonna: "Get Your Hands Dirty!" 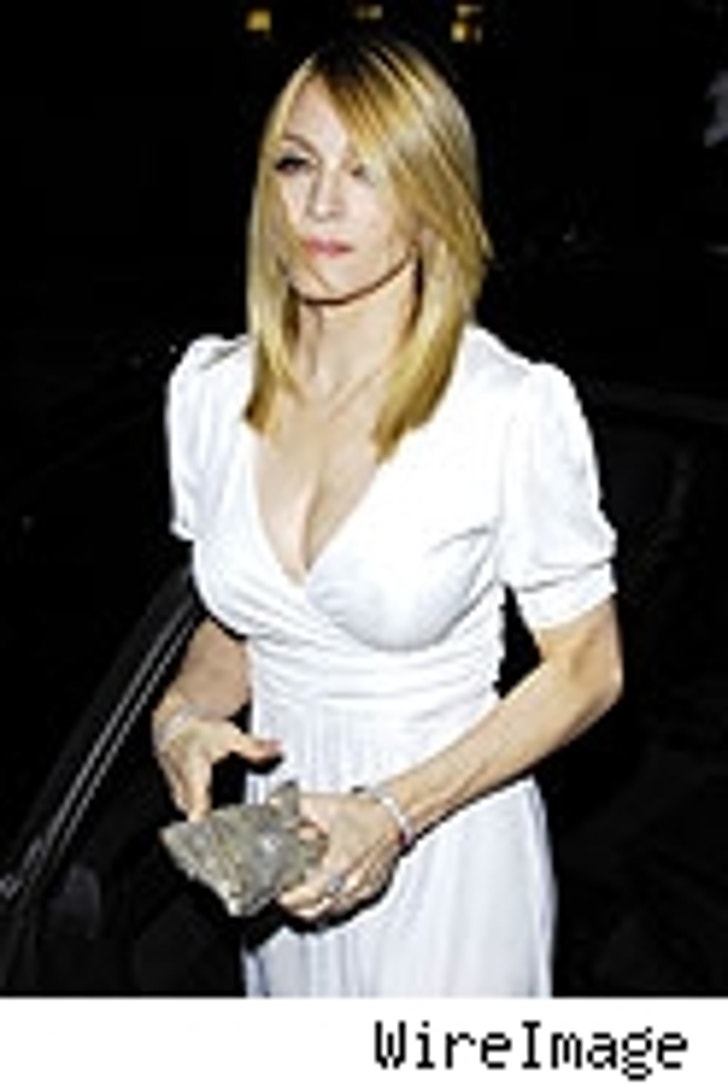 Madonna might be smiling it up for the cameras on her current trip to Malawi, but her husband Guy Ritchie thinks the trip has "disaster written all over it," according to a British tab. The Material Mom took adopted son David Banda back to the orphanage from which she plucked him last year, a move that Ritchie labelled "tasteless," according to the Daily Mail, and also didn't think it was such a great idea to go back to Africa with a phalanx of chauffeur-driven cars. In fact, he had some PR advice for his wife: "If you do go, then at least make sure you get your hands dirty this time." Meanwhile, schoolkids helped Madge out by pelting reporters' cars with rocks to keep them away from the Queen of Pop and her entourage.

Gere Charged with Obscenity in India 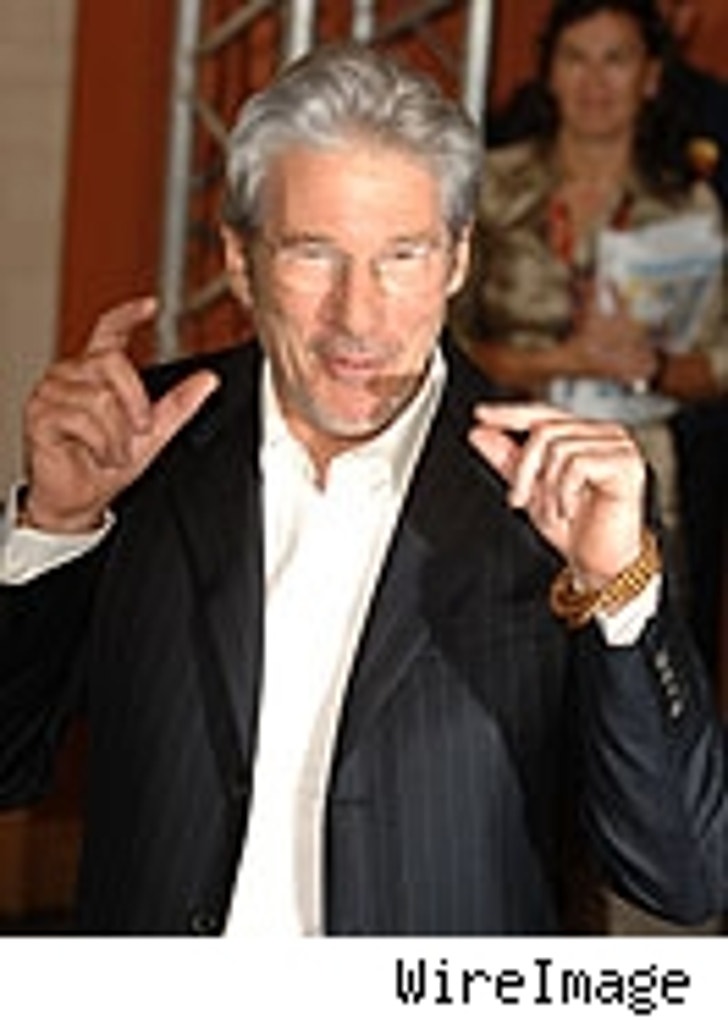 Richard Gere has become the target of three legal complaints in Indian courts after he kissed native actress Shilpa Shetty in public, as TMZ showed you Monday. Lawyers accused Gere and Shetty of committing "an obscene act" in a public place, says the AP, an act that shocked the conservative sensibilities of the Indian population. Residents of several Indian cities burned effigies of Gere after he took Shetty into his arms and kissed her several times (on the cheek) during an AIDS awareness event in Mumbai. 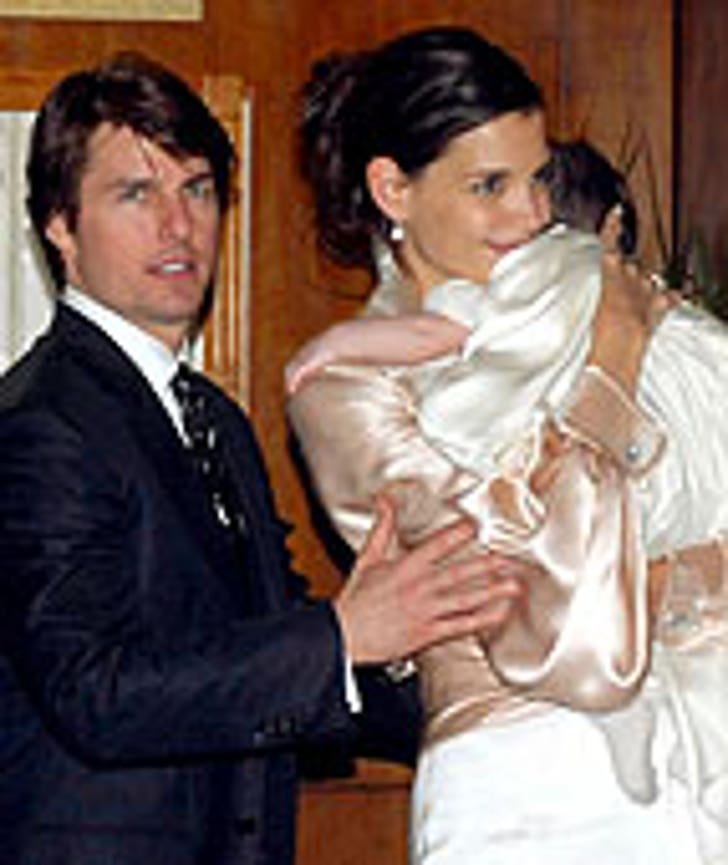 Before Dannielynn, there was Suri – and, believe it or not, the Cruisebaby celebrates her first birthday today. Gatecrasher says she'll be celebrating in Shreveport, LA, where mommy Katie is filming her latest movie. ... The Church of Scientology has already sent "ministers" to Virginia Tech to counsel the grief-stricken students there, report Rush & Molloy, but some critics are alleging that the Church is really more on a mission to convert than console. ... ABC's Robin Roberts weighs in on a multitude of topics, including Don Imus, with TheSportsInterview.com. Of the deposed Don, Roberts says, "It was just inexcusable and so painful for Rutgers women in particular, but for every woman athlete in general. It was very painful."