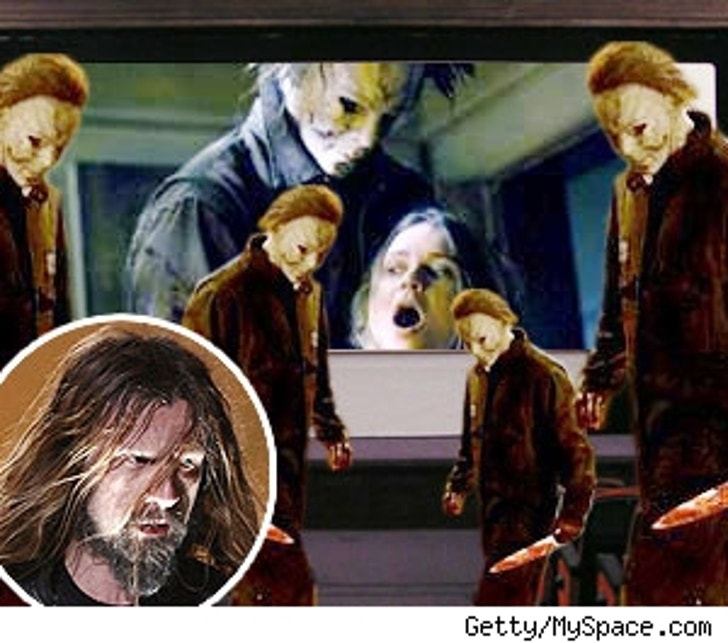 On his official MySpace blog for his upcoming remake of "Halloween," the rocker-turned-director is urging moviegoers to dress up as Michael Myers -- the film's serial killer, not the Canadian comedic actor -- when the flick opens in August.

He writes "Imagine the shocked look on everyone's faces when the lobby is jammed with Michael maniacs! Show the world that Michael is back and ready to destroy!" Creeeepy!

Come to think of it, everyone dressing up as the Canadian actor might be creepier.