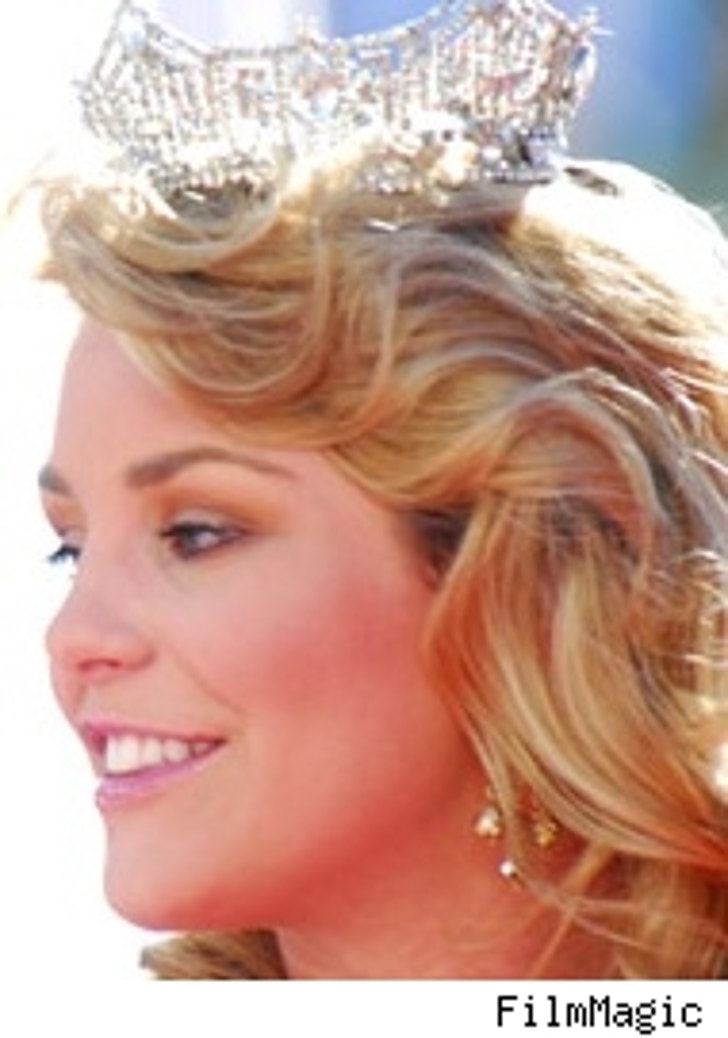 Miss America Lauren Nelson helped police nab 11 alleged sexual predators by posing as a 13-year-old online -- and actually greeted them at a "sting house" -- but now she might be wrecking prosecutors' cases against the suspects by refusing to testify against the scumbags.

Just today, in a statement to TMZ, Suffolk County D.A. Thomas Spota called on Nelson to cooperate with his investigation, but admitted yesterday to Newsday that one case might already be "compromised" if Nelson won't go back to Long Island to testify against the alleged predators. The D.A.'s office wouldn't specify what it might do to compel Nelson to take the stand.

The beauty queen participated in the sting op in conjunction with the television series "America's Most Wanted." The episode featuring Nelson aired last Saturday.

Late this morning, "America's Most Wanted" shot back, saying in a statement on its website that Nelson never said she wouldn't cooperate, adding, "We don't know why the D.A. would make the comments attributed to him without knowing all of the facts." Telephones at the Miss America Organization gave a busy signal this morning.

UPDATE: Apparently Miss America's had a change of heart. In a statement just sent to TMZ, Suffolk County District Attorney Thomas Spota says, "This afternoon, I received a telephone call from the attorney for the Miss America organization to assure me that despite the fact that we were originally told her schedule would prevent her from doing so, Ms. Nelson now fully understands her legal obligations. The attorney said she would be available to testify, if necessary, in the prosecution of those arrested in the recent undercover sting conducted in Suffolk County."