Pamela Anderson needs to work on her disappearing act. 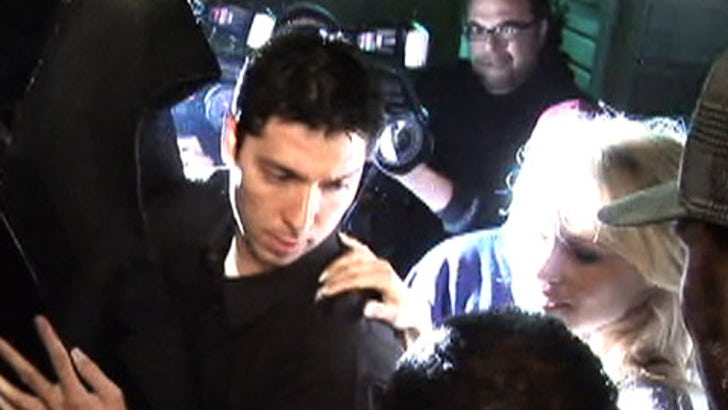 Pam's going to play a magician's assistant for Hans Klok at Planet Hollywood in Vegas. They usually disappear with a poof, but Pam made a very visible exit from Winston's last night, bombarded by photogs as she attempting to sneak out the back door while hiding behind a friend's jacket.

Pam's sometimes party-pal, Paris Hilton, was less resistant to the flashing paps -- one of whom apparently brought a searchlight to brighten up the back of Hyde. The club was also home to Hilton's ex, Stavros Niarchos, and Jack Osbourne -- who told TMZ cameras that nothing interesting would happen while waiting for his car ... guess he didn't see this video of his sister.

All this and more in today's saw-me-in-half edition of Star Catcher.