Lauren Conrad brought the paparazzi out in New York yesterday -- but it was Drew Barrymore who really got them excited. 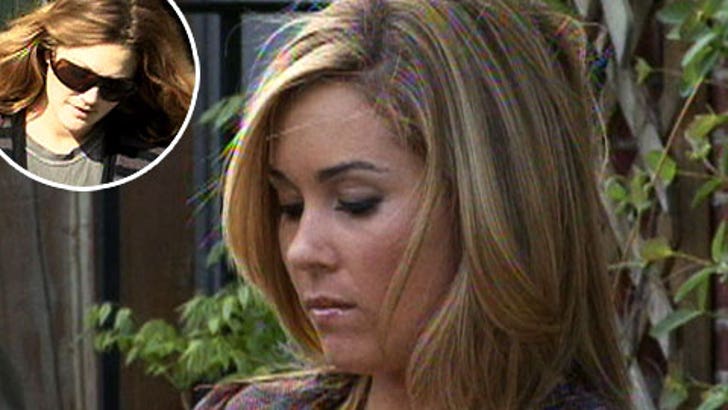 The hot "Hills" starlet was doing a photo shoot for Mark cosmetics outside of the Gansevoort Hotel -- and checking out TMZ on her Blackberry during breaks -- holla! -- when Drew Barrymore, sans makeup, flew out the front doors of the hotel , causing a mini-frenzy among the photogs at the shoot. It was quiet for LC, then the paps went wild for Drew, with one photog awkwardly yelling, "no makeup!" at the star.

After Drew took off, it was then back to the perky Conrad, who just couldn't contain her love for TMZ.