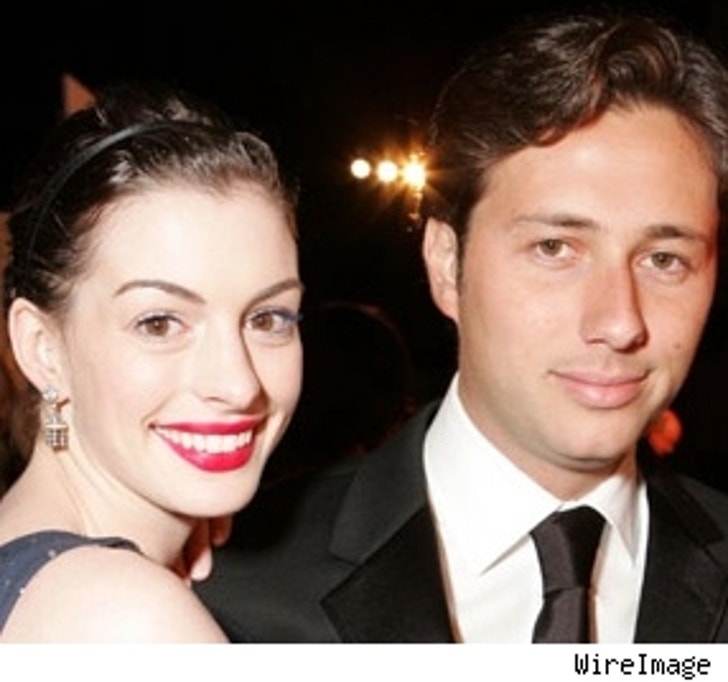 Raffish real-estate developer (and ultimate Zach Braff look-alike) Raffaelo Follieri is being sued by supermarket billionaire and friend-of-everyone Ron Burkle, for allegedly taking $55 million of Burkle's company's money and lavishing it on, as court papers put it, "an unnamed actress girlfriend," who TMZ has confirmed is none other than "Devil Wears Prada" star Anne Hathaway.

According to the lawsuit, filed in Delaware Chancery Court, Follieri spent at least some of the gigantic money pile on private jet travel for himself and Hathaway, dog care for their Labrador Esmerelda, monster shopping at Prada and Fendi, and an executive chef, among other extravagances. The money was supposed to be poured into development of land purchased from the Catholic Church, which is Follieri's business specialty. Burkle, a fatcat Democrat, counts Bill Clinton as a friend, and was among recent bidders for the Los Angeles Times.

For Hathaway, the bad news about Raffaelo doesn't end there. TMZ has also learned that while Anne has been shooting "Get Smart" in L.A., Follieri has been spotted in NYC with an unnamed model for Roberto Cavalli, and that Follieri and his not-Anne were recently seen slithering out the back of exclusive celebriteria Waverly Inn.

Hathaway's rep didn't respond to a request for comment. In a statement on the legal matter, Follieri said, "We believe we have conducted our affairs for the joint venture successfully."