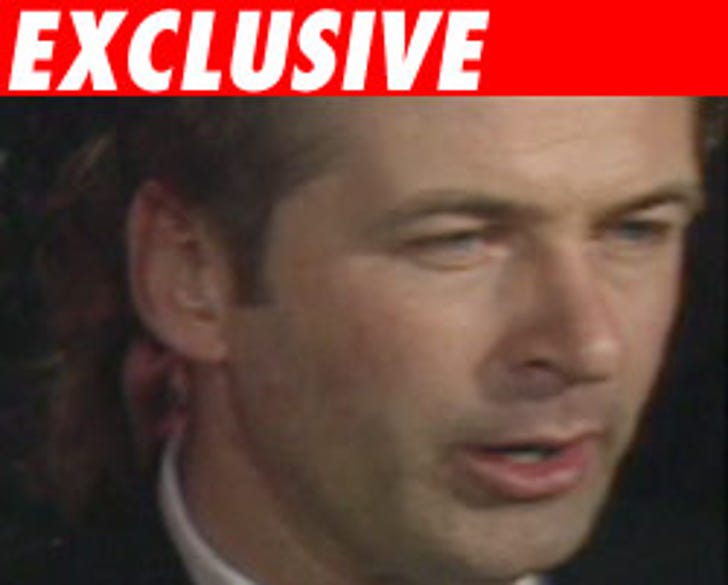 TMZ has learned Alec Baldwin will not attend today's court hearing in which a judge will decide if Baldwin should win back the right to have contact with his daughter.

Baldwin's right to interact with Ireland was suspended after the judge heard the now-famous voice mail message the actor left for his daughter. A Baldwin source tells TMZ that Alec won't be at the hearing because the lawyers, not the parents, are the ones who will speak. The source added that Ireland is "of paramount importance to him."

Sources also tell TMZ Kim Basinger will be in court for the hearing, which begins at 8:30 AM PDT.

The Baldwin source added that Alec had a "great two-week visit with Ireland" back in March. After that visit, the source says Baldwin suspended his motion to hold Kim in contempt for allegedly interfering with his parental rights. The source says Baldwin suspended the motion as a show of good faith. The upshot -- he could resurrect the contempt action in the wake of what went down.