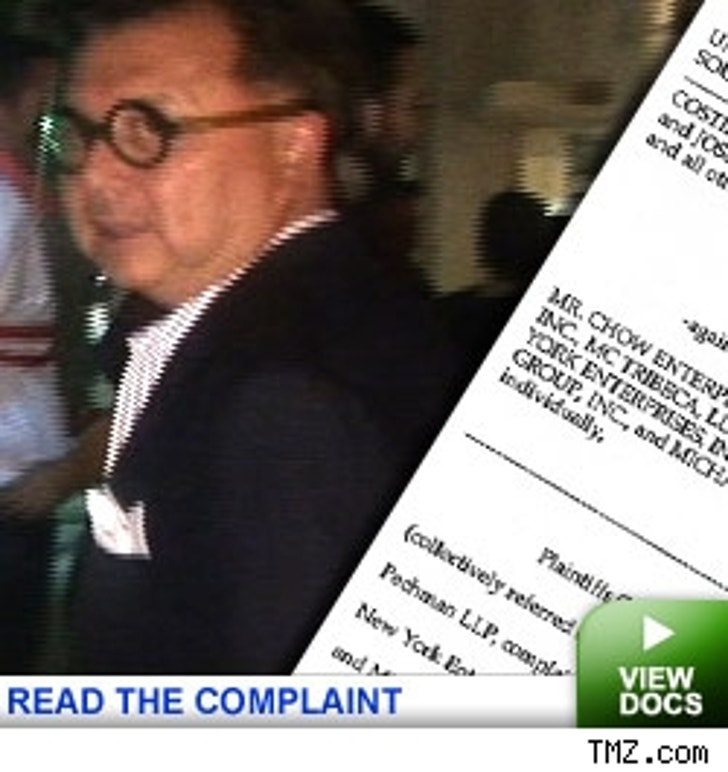 The man behind the ultra-swanky restaurant chain, Mr. Chow, is under fire from three former waiters who claim the mogul slapped, kicked and often abused them in the kitchen. Chew on that!

According to the lawsuit filed in a New York federal court and obtained by TMZ, the former employees accuse Michael Chow of running his Manhattan place like "a conductor with an iron baton" and causing his workers to "suffer many day-to-day indignities." Among those alleged indignities, the ex-chow-slingers claim that Chow would "tap or lightly slap" a waiter on the back of the head to get his attention and once "scribbled with pen" on the employees' $350 uniforms, which they were forced to purchase with their own cash.

Chow is also accused of deducting waiters' tips for not listening to him attentively, and for speaking out of turn.

The men, who are also suing on behalf of other current and former employees who wish to join the lawsuit, are asking for unpaid minimum wages, unpaid overtime and no less than $5 million in punitive damages in compensation for the alleged abuse. They've already picked up expert employment attorney Louis Pechman to fight their battle in court.

Numerous stars frequent Chow's places, including Britney Spears, Paris Hilton, Sharon Stone and anyone else who ever wanted to be on TMZ.com.

Reps for Mr. Chow were not immediately available for comment.