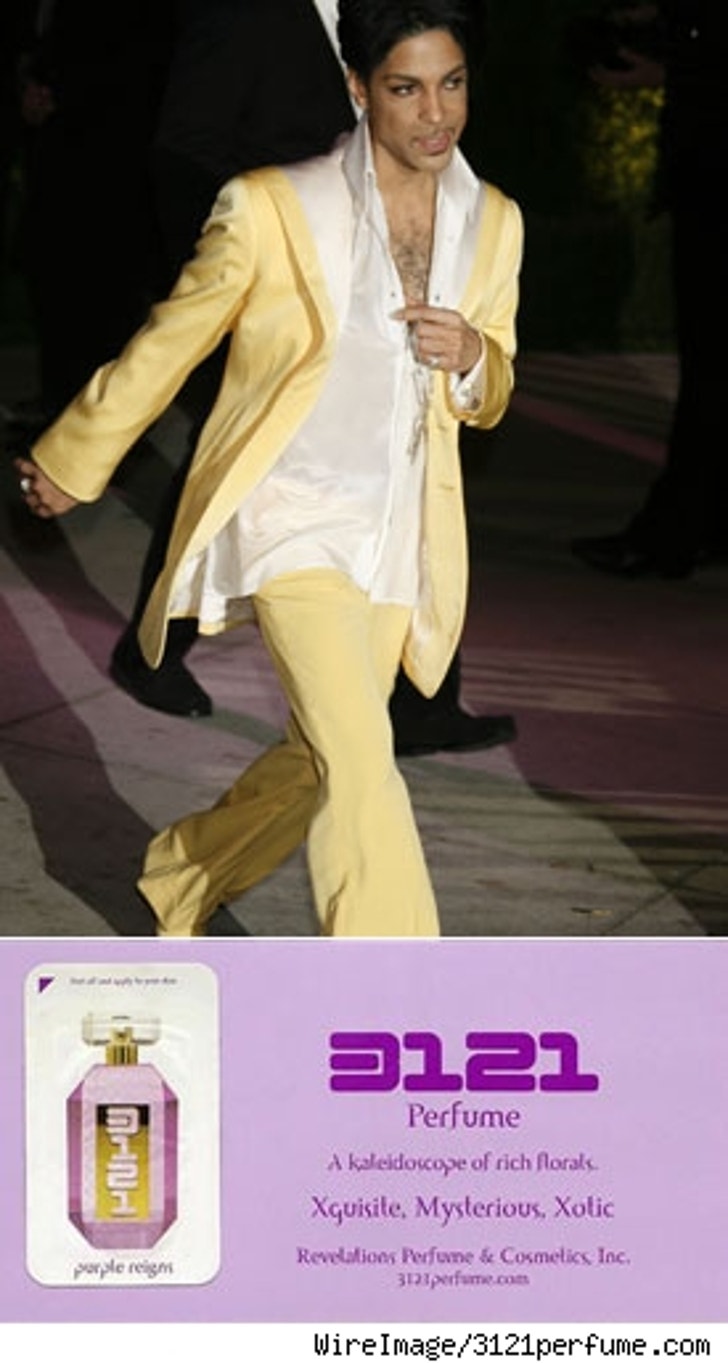 After cornering the market on Linda Dano weaves, platform heels and Talbot's suits, Prince is continuing his dominance in the middle-aged women's fashion biz with the unveiling of his new perfume, 3121. Scent of a woman!

According to the fragrance's website, 3121, which is also the name of the purple wonder's latest album, will be a "kaleidoscope of rich florals" and is described as "Xquisite, Mysterious, Xotic." As long as it doesn't smell like "Black Sweat!"

The royal toiletry is scheduled to be revealed on July 7, 2007 -- the date of the worldwide Live Earth charity concerts -- in which Prince is rumored to be a headliner.