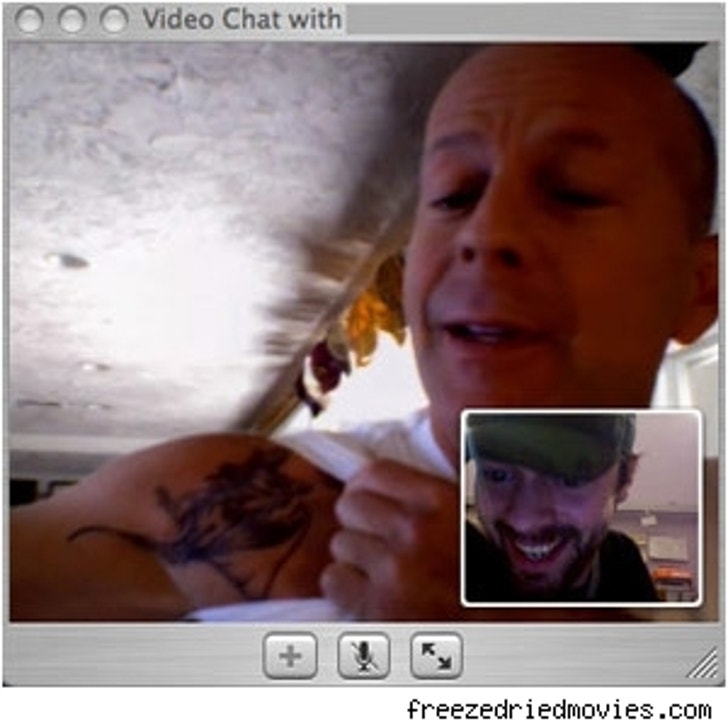 Bruce Willis gave nerdy film fanboys the shock of their lives when he joined an Internet chat about his upcoming movie "Die Hard 4." Yippie Kai-Yay geeks!

Film fans on Ain't It Cool News were chatting about the new film's lame PG-13 rating when a member by the name of "Walter B" logged on, claiming to be Bruce Willis. Most fans were skeptical - especially one by the name of Moriarity, with whom Willis verbally sparred, telling him to "hit me with your best test." OK, what's Demi like in bed? When that failed to work, Willis took the technology route, hooking himself up to a web-camera to prove who he was in the flesh. Somebody's been watching "Punk'd."

Among the topics Willis covered with fans: working on the film "Armegeddon" ("A screaming director on set does not make for a pleasant experience"); his new hip-hip documentary, "The Hip Hop Project"; and his all-time favorite films ("Resevoir Dogs," "Bullit," and "Spartacus," among others.) Hey, what about "Hudson Hawk?"