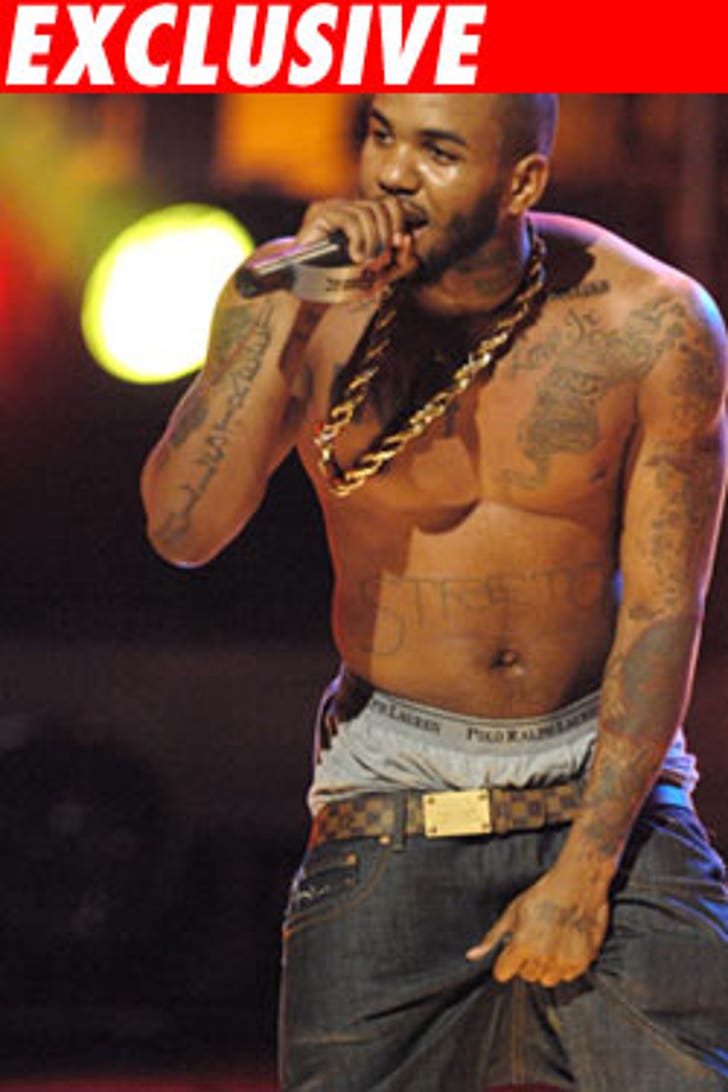 TMZ has learned that rapper The Game is in police custody, after LAPD officers executed a search of his L.A. area home in connection with an incident that took place in February.

According to police sources, officers are currently transporting him to a station, where he will be booked on charges of making criminal threats. We're told he's being extremely cooperative.

The Game, a multi-platinum selling rap star, was formerly a part of 50 Cent's G Unit group.