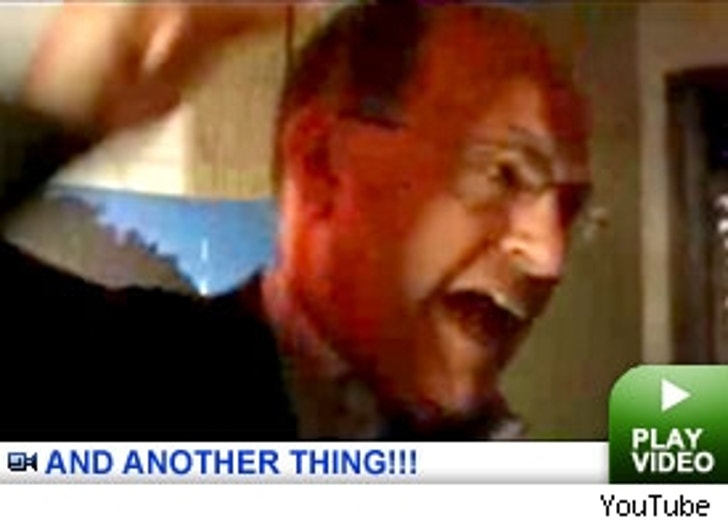 The BBC and the Church of Scientology are feuding over a scheduled TV special -- and their battle has spilled onto the web.

The latest assault comes from Scientology, famous for celebrity members like John Travolta and Tom Cruise. A video of BBC reporter John Sweeney losing his cool while talking with Scientology spokesman Tommy Davis hit the net over the weekend. Sweeney is speaking to Davis in a calm, normal tone when he suddenly starts SCREAMING at the top of his lungs! Quite random.

Sweeney, who has been working for months on a BBC special scheduled to air tonight, had been in a previous tiff with Davis. When Sweeney began a Davis interview with the line, "Some people say it's a sinister cult," Davis took umbrage -- and who can blame him? -- but at least he did so without screaming!

"If you are interested in becoming a TV journalist, it is a fine example of how not to do it," Sweeney said on the BBC website. "I look like an exploding tomato and shout like a jet engine and every time I see it, it makes me cringe." Well said, John.