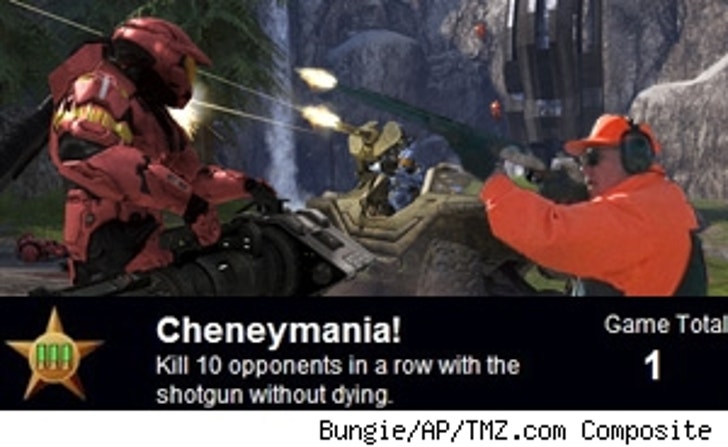 When the Bungie game studio isn't making gamers salivate with images from their newest Halo game, they're creating hilarity within the beta version of the game.

Early beta testers discovered a hilarious medal while playing the game. When a player gets 10 kills in a row with the shotgun without being killed -- they get the "Cheneymania" medal added to their achievements! The medal is a reference to the February, 2006 incident in which the aim-challenged Vice President accidentally shot a friend in the face while quail hunting. Doh!

Unfortunately, Bungie has already renamed the medal "Open Season," much to the dismay of Halo gamers and bird hunters everywhere.