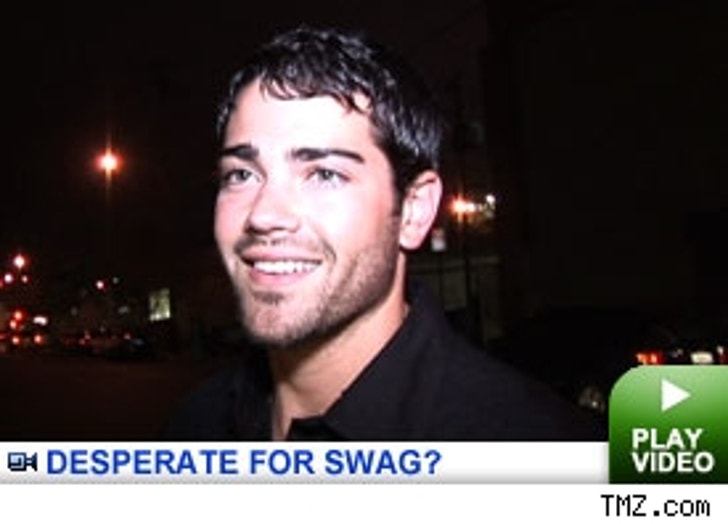 After a wild weekend in Miami and the Bahamas, the former "Desperate Housewives" houseboy rolled through the Halo 3 party in West Hollywood last night, where he picked up a free X-Box 360 Elite and little ribbing from a TMZ photog. When asked about Paris' impending jail time, Jesse commented, "That's a little harsh." Insightful!

John Salley said he was giving his Xbox 360 Elite and Zune to Charity -- his daughter Charity! John "Napoleon Dynamite" Heder hit the town with his friends. Chris Evans and the dancing Tatyana Ali made an appearance. Dane Cook, Matt Leinart and Adam Rodriguez from "CSI" were also on hand -- and gave TMZ a shout-out.

Even Paris found time to let off some socialite steam and join in gaming fun. TMZ spies claims that Hilton was dancing inside with her newest boytoy Josh Henderson and sister Nicky. Who says video games are just for boys?