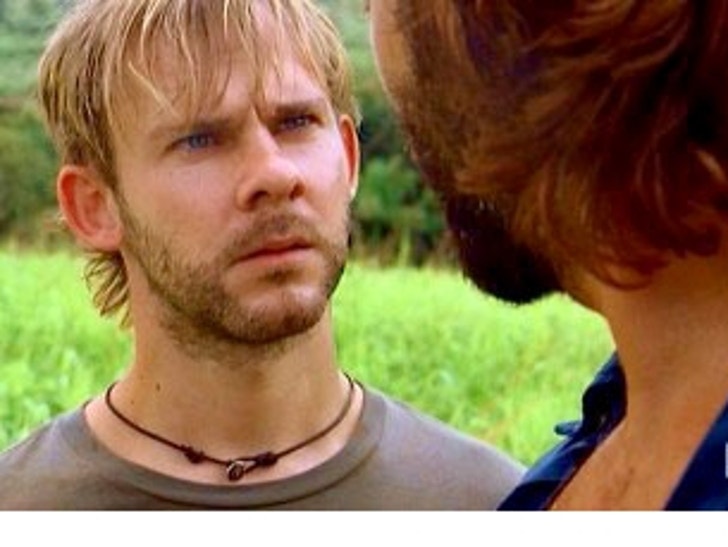 Tonight's episode is a Charlie flashback one, so obviously I am anticipating his (hopefully painful) demise. If you haven't been with me since the beginning, I hate Charlie. I think his character is useless on the show and it doesn't help things that the actor who plays him is dating Evangeline Lilly, who plays Kate. You can't be the worst character on one of my favorite shows AND date someone that hot. Just ain't right. So I apologize in advance if I spend half this episode begging for Charlie to die.

For all you "Lost" Diary newbies, here's how it goes. I gather with a group of friends watching "Lost," writing what happens on the show as it happens, and throwing in my two cents along the way. This week the crew is Ari, Lauren, Marisa, April and Matt. April made cupcakes tonight and Charlie might die -- what more could I want? Let's roll: 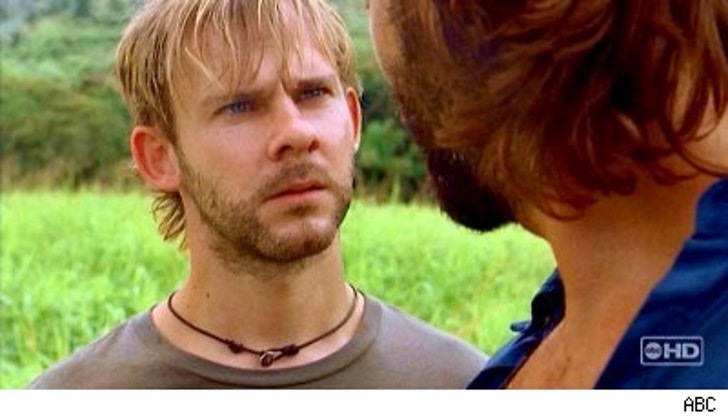 10:01 -- Someone goes running through the beach, grabs a boat, and makes off with it into the ocean. Couldn't really see who it was, but it looked like Karl, Alex's boyfriend.

10:03 -- When was the last time we saw so many characters together? Feels like the old band is back together.

10:04 -- Jack's speech was awesome. Seriously, I am ready to go and fight the Others right now (except for Henry Gale, of course). It was like he channeled his inner "Braveheart." The entire room just broke out in applause. Anyone who complained that Jack has turned into a (female cat) can rest rest easy now. Just one question: Why exactly did he blow up the tree?

10:07 -- Before this flashback starts, I am making a pledge: I will only say nice things about Charlie until he dies. This pledge only lasts for this episode. What are the odds I can keep it?

10:08 -- As soon as Lauren realized it was a Charlie flashback episode, she yelled out, "It's your night, Dan!" Don't jinx it Lauren.

10:11 -- The Others have a station, the Looking Glass, that jams all signals off the island, including Danielle's distress signal that has been playing for 16 years. Maybe if she explored the island a bit, she could have learned some of this stuff sooner.

10:13 -- So, apparently, Charlie has to die for there to be a rescue. Seems like a fair trade to me, right? But wait ... they aren't getting rescued in the next two episodes (Hello? Three more seasons!) so there is no way the helicopter comes and Charlie can't die (at least not like that). Oh man, I am getting a bad feeling.

10:18 -- So let's review now: the episode is called "Greatest Hits" and it's starting to feel like Charlie's flashback scenes are the most memorable moments of his life -- one might call them the greatest hits. Is this an homage to Charlie? A swan song? I am starting to get excited again.

10:20 -- Charlie volunteers to swim to the hatch and flip the switch. He's admirable, I'll give him that.

10:21 -- Oh dear lord, I have never been so happy to see a middle-aged interracial couple in my whole life. I speak for every single "Lost" fan when I say this: We missed you, Rose and Bernard. 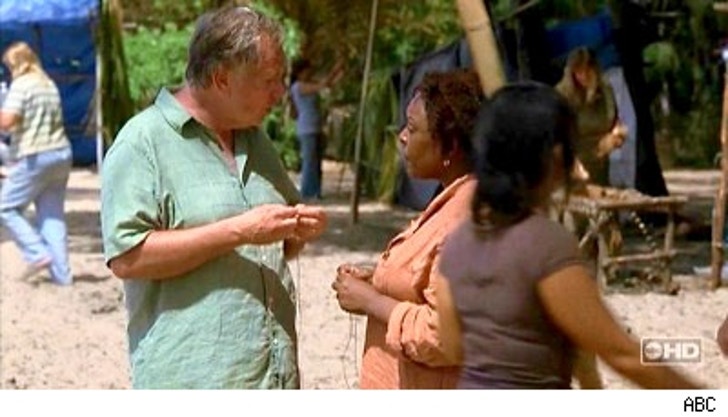 10:22 -- I am usually turned off to "Lost's" sappier moments, except when Sun and Jin are involved.

10:23 -- The boat from the beginning of the episode swims ashore, and lo and behold, it's Karl, who happens to take a nasty open-sand tackle from Sayid.

10:28 -- Whoa, so Henry Gale is planning on taking any women they can find and killing any men who get in their way. You're making it hard for me to love you, Henry.

10:29 -- Alex is the one who warned Karl to warn the Losties. Why exactly do the Others let her hang around when they make plans?

10:32 -- Two things about Jack's second "Braveheart" speech of the night. First of all, I'll say it again: welcome back, Jack. Glad you go your cajones back from Juliet's purse. Second, if Desmond is going to try and do something to help save Charlie, I will black out with rage. Just saying.

10:33 -- Another Charlie greatest hit and I can see why. Oh, it's because of his brother and the ring. Eh, I guess that was nice.

10:41 -- Charlie is good at fending off muggers with a guitar. Wasn't Charlie playing the same song in the same place as he was in Desmond's weird flashback episode from earlier this year? Oh, and by the way, the girl that Charlie saved was Sayid's girlfriend, Nadia. Small world, huh? 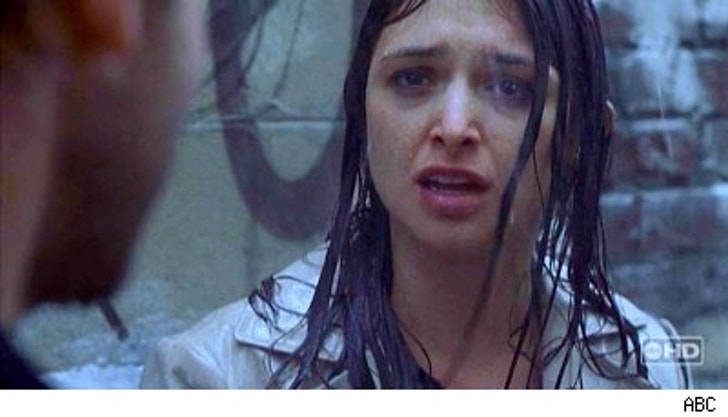 10:42 -- If Charlie is making a list of the five greatest moments in his life, what reason does he have to write one down every 15 minutes?

10:46 -- Jack's "Braveheart" speeches were good. But Sayid matched him with the "you're our leader, so act like one" speech.

10:47 -- Charlie's "goodbye" to Hurley was touching. Doesn't change anything between us though, Charlie. Your death is still my Christmas morning. Santa better come down that chimney in the next 13 minutes! 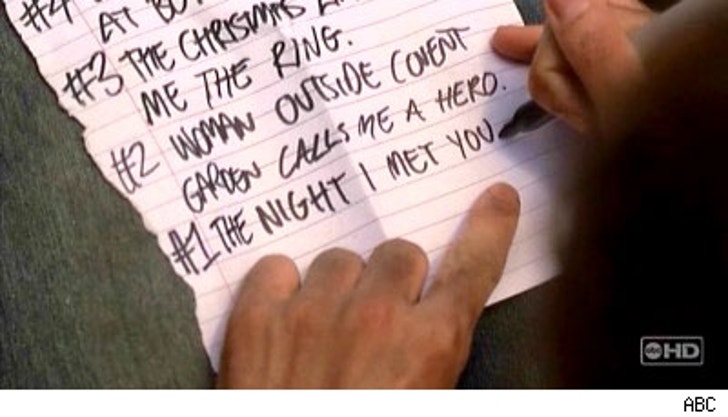 10:55 -- Desmond is trying to take Charlie's place. Do not take this moment from me. I don't ask for much, brutha! Let the little hobbit die!!!

10:58 -- Please, I can't take another week of this. Just let him die before this episode ends.

That was like the "Mission: Impossible" version of "Lost." It had the foot to the pedal from the opening scene to the very last moment. I have never been more exhausted watching an hour of television in my life. The anticipation involved with everything that was going on nearly gave me a heart attack. I need a shower and a nap.

This episode was really just a bridge between last week's episode and next week's finale. But what a bridge it was! Jack was back to his old self and Rose and Bernard were just back. That alone is enough to give this episode an A. Except for the fact that ...

... CHARLIE DIDN'T DIE!!! I SAT THROUGH CHARLIE FLASHBACKS FOR NOTHING!!!

So I have to give the episode a B. You can't NOT kill Charlie -- when you set him up to die so perfectly -- and expect to get an A from me. Not happening.

Final thoughts: We shouldn't be surprised that the Looking Glass wasn't what we thought it would be. Juliet said that all she knew about it was what Henry Gale told her and -- surprise, surprise -- he lied. There is more going on in that station than we realize -- another way off the island, maybe? Or perhaps it is the real way off the island.

Time for this week's question: Why does God hate me? Seriously, WTF?!?! Just kill Charlie already, please! OK, seriously. Here is my real question ... I have asked this one multiple times, but with only one episode left, it's fitting to ask it again. The producers of "Lost" come up to you and say, "We'll solve one mystery for you in the finale, which one do you want?" What do you choose?

As for other "Lost" Diary business, I thought the Q&A went well, and I'll definitely do another one. You can send your questions to questions@thelostdiary.com and the article will appear Monday at Noon ET on www.thelostdiary.com. Now that we've got one under our belts, you can see the kinds of questions I chose, so feel free to have fun with it. (Ed.'s note: Click here for this week's Q&A)