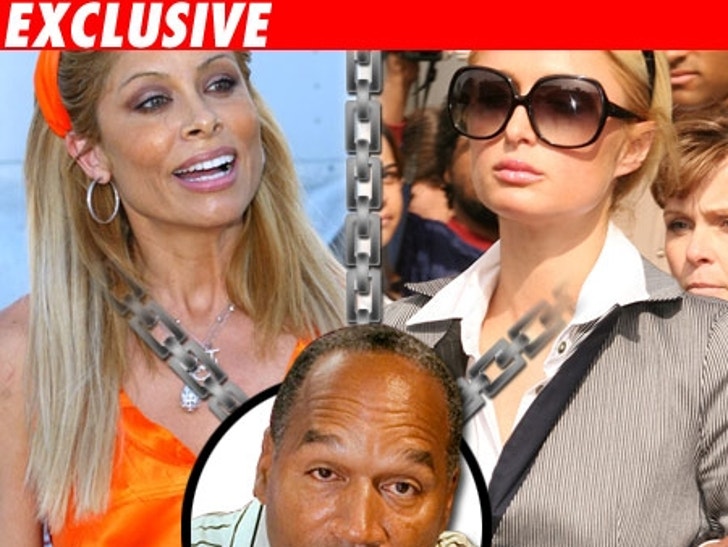 Think Paris Hilton and OJ Simpson have nothing in common? Think again! 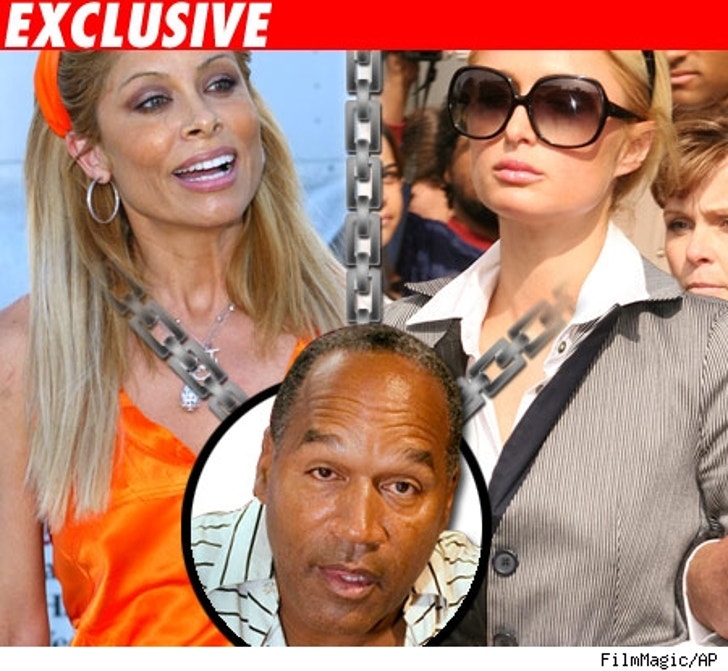 A well-placed source tells us that none other than Faye Resnick -- Nicole Brown Simpson's F (former) BFF -- was at Paris' house during a meeting yesterday between Paris and her attorney. You may remember Resnick testified against the Juice in his murder trial, and then posed for Playboy magazine.

UPDATE: An astute TMZ source has solved the mystery. Faye Resnick is a friend of the Hiltons and decorated Paris' home. She's now working as an interior designer!